The Red Pill or The Blue Pill? 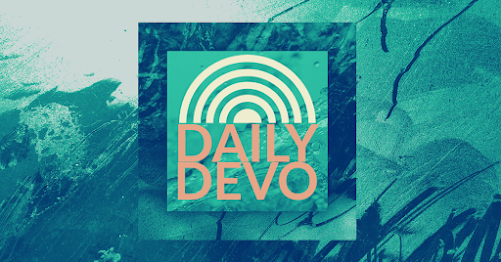 I was talking to a recent Presbyterian seminary graduate the other day, and she related to me how her seminary experienced had changed her.

"I grew up in the Southern Baptist Church," she told me.  "Before I went to seminary, I never knew there was such a thing as female pastors, and then I was studying to become one if I wanted to."

If you are flummoxed by this, let me explain...

The official stance of the Southern Baptist Convention is that women cannot become pastors, and also ought not to "teach a man," according to some of the much-disputed and terribly interpreted words of the Apostle Paul.

To be fair, Southern Baptists don't have a corner on the market when it comes to patriarchal and misogynistic structures, and they sure as heck don't own the title of doing violence to the Scriptures.

There's plenty of that kind of stuff abounding in all kinds of Christian denominations and churches.

Also, I should add that the times they are a-changin' in the Southern Baptist Convention.  Pastor Rick Warren's Saddleback Church in Southern California (the largest church in the SBC) just ordained three women pastors.

But this all begs the question, "What do you do when your own common sense, your understanding of God's grace, and Jesus' own message of love, mercy, and inclusion conflict with your tightly held traditions?"

Maybe you have experienced this in your own life of faith.

You thought the Bible said something clearly, but then discovered over time it wasn't that clear.  Or you realize that the narrow view of your faith tradition on social issues suddenly seems out of step with your own.

I'm going to share something with you from my own experience:  Once you see it, you can't unsee it, no matter what you choose to do from that point forward.

It's like the iconic scene from the Matrix when Morpheus offers Neo two pills--a red one and a blue one.  He tells him:

This is your last chance. After this there is no turning back. You take the blue pill, the story ends; you wake up in your bed and believe whatever you want to believe. You take the red pill, you stay in Wonderland and I show you how deep the rabbit hole goes.

The interesting thing about this moment is that Neo really can't go back entirely to his old life---at least not without some kind of memory of what he's already seen.

The choice of which pill to take is really a test of whether Neo is willing to choose which reality to embrace no matter what he knows to be true.

There's also this...  Sometimes following the path toward a new reality can be disorienting at first because it might mean leaving behind what you knew, what you were holding on to... and even the faith community you have been a part of.

Patrick Borland writes about why so many of us struggle when we begin to wake up to new ways of expressing faith:

Regardless of our background, religious not, if we have spent a lot of time in environments that don’t value the exploration of different perspectives, a new idea can seem like a potential threat.

It can be disorienting when your faith community, family, or friends no longer share your beliefs about God.  It can be frightening to realize that if you publicly state what you see in Scripture, or what you think about Jesus, you might find yourself on the outs with all of them.

This is why lots of people choose the blue pill.  They choose to go back to sleep, so to speak, in spite of what they've begun to see.  Sometimes they do so angrily, becoming more intractable, and bent on defending the old as they try to forget the new.

It has long been my desire to develop and foster the kind of faith community where different perspectives, ideas, and spiritual awakenings are not seen as a threat, but as a gift, not only to the one who is experiencing them but also to the community itself.

I also want to be a safe place to land for anyone who is starting to see their faith differently.  So if this resonated with you at all today, do me a favor.  Don't take the blue pill.

Instead, message me, email me, let me know what you are struggling with.  Or if you have someone in your life that you trust, reach out to them.  It will do you a world of good to be able to process it out loud with someone.

I also know beyond a shadow of a doubt that you'll realize a couple of things when you do:

1) You're not alone.  There are a lot of us out here.
2) There's a way forward that is life-giving and bright.

May you find your way forward today and every day from this day.  May you feel the presence of Christ guiding you as you go.  And may the grace and peace of our Lord Jesus Christ be with you now and always. Amen.