God Is Already In Our Future 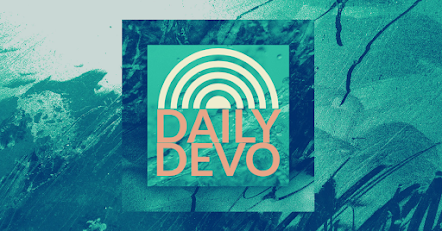 One of my favorite TV shows of all time is the J.J. Abrams-produced Fringe, which only ran for four seasons from 2008-2013 before succumbing to the whims of some feckless studio executive.

I say this with some bitterness because it was an amazing show that deserved more episodes and also a less hurried finale.  Still, I love it.  And one of the many reasons I love it is that a major part of the storyline has to do with alternate universes.

For some reason, the idea of alternative universes, multiple histories and the like really sparks my imagination.

I am intrigued by the idea that there is some version of me in some alternate history that zigged instead of zagged and is a co-owner of a small theater that shows cult movies... or a wealthy adventurer... or a history professor (I almost made that last one happen).

So who's to say that God isn't also present in all of those possible histories, and for our own sake only lets us perceive the one we're in.

Is your mind blown?  It should be.

The Apostle Paul wrote about this in a way.  He imagined that a God outside of time looks upon us not as we are, per se, but as we already are in the future--a future we have yet to experience, but that God always experiences.

So when God sees us, God sees us resurrected, made new because of Christ's rejuvenating, resurrecting presence in the world and within us.  God knows the end of our story, so to speak---even though the end is kind of just the beginning.

Why am I pondering all of this?  Well, I've been watching Fringe, so there's that.  Also, I worry sometimes about the way God looks at me, especially when I struggle to see myself as anything less than messed up.

And I often project these fears onto the future.  Many of us do.  This is why Paul's way of explaining how God sees us is so helpful to me.  When I think of it like Paul described, it gives me hope.

I found this quote from an anonymous author in a book I was reading the other day:

Because the past has been unhappy is no index that the future will continue to be. This is something only God knows, and we would do well to trust in [God's] loving wisdom and root out all our thoughts that “things” can’t get better.

When we trust that the same God who sees us as we already are in the future where God is already at work preparing us "a place," we are able to let go of so much of the unsubstantiated worry that we feel about our future selves.
It's a bit trippy to think about this kind of stuff, but also pretty awesome.  The bottom line is this:  Be at peace, God loves you and your future with God is secure.  Come what may, your story ends in grace.
May this give you joy and hope for tomorrow, and may the grace and peace of our Lord Jesus Christ be with you now and always. Amen.