Is God Visible In Your Church? 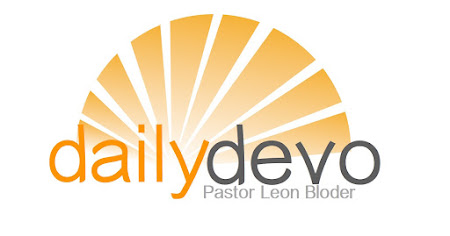 Soren Kierkegaard once wrote a parable about a man who authored a best-selling book on God's faithfulness during hard times.  Then came a day when the man suffered incredible personal hardship, and he began to doubt his own writings.

Out of desperation, the man reached out to a pastor who didn't know him personally in hopes that he would find some objective comfort and guidance.

After listening to him relate all of his doubts about the goodness of God, the pastor told the man he didn't have any real words of comfort, but he did have a recommendation for a book to read about the love of God.

It was the book the man had written.

Sometimes I feel a bit like that guy---especially over the course of this past year.  As a pastor, I'm often asked to make sense of the senseless and point to where God is in the midst of suffering and awfulness.

And there have been more than a few times when I had no idea what to say because I was struggling to see God at that moment, too.

Lately, though... I've been realizing something.  One of the places where I have seen God in the midst of all of the chaos of this past year and change has been right under my nose all along.

Funny, though... there are a lot of people who would argue with me right about now about this, but I have seen God in the church.

You might have noticed that I didn't use the big "C" for "church" just then, which was totally intentional.  That's because I don't believe that God has been all that visible in the Church as a whole over the past year, but there are more than a few churches that have bucked that trend.

These communities of faith have provided hope and connection for their members and friends during one of the most challenging years in recent history, but they have also reached beyond their walls to offer comfort and grace to all.

I feel like that has been the case with the church I am blessed to serve.

Just today, I heard from a church member who told me as much, and more.  She related how our faith community had provided her with a firm place to stand when the world around us felt like it was falling apart.

She cited the many missions and ministries, the connections, virtual gatherings, and even online worship experiences that we've shared over these past months as examples of God's presence and love for her and her friends, and to the wider world.

I  had to admit, I got kind of emotional after that conversation.

You see, I still stubbornly believe everything that my church member told me.  But to hear it coming from her, and not from my own often desperate heart---it was like water in the desert.

I can say with all confidence that in the case of my own community of faith, God has been visible through all of the challenges of this past year.  God has had a body, with hands and feet and a heart.  God has been made known by both word and deed.

This is how it should be for the Church with a big "C."  People who are asking "Where is God when it hurts?" shouldn't have to look any further than the Church to find the answer to their question.

I don't know about you, but I'm going to keep working until they can.

In fact, there's work to do for tomorrow, friends.  And it's time for us to start moving in that direction with confidence and courage.

There's a new world emerging in the aftermath of this pandemic, and this new world needs faith communities willing to live into the mission Jesus gave to his followers---to love God and love everybody...

and to make the presence of God known.