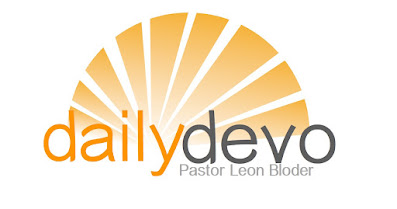 I was listening to "Rivers to Ocean," a +song by singer/songwriter Bill Callahan, and there is this line in the song that caught my attention, so I wrote it down and have been thinking about it ever since.

Well, I  could tell you about the river, or we could just get in…

This morning when I read it again, I was struck with a vivid memory of my twelve-year-old self all dressed up in a too-big short-sleeved dress shirt, a garish clip-on tie, and carrying a massive Bible.
I was doing door-to-door witnessing with a group from the fundamentalist Baptist church we went to at the time, and I was dressed up for it.  I'd even slicked my hair back with some Bryl-cream, which gave it a greasy, shiny kind of sheen.
We went out that night to an apartment complex near our church--knocking on doors and asking people, "If you died right now, would you go to heaven or hell?"
Door-to-door evangelism is not unlike door-to-door sales, except you get more doors slammed in your face, and there aren't really any product demonstrations.
To be fair, the faith communities I was a part of when I was young were bent on saving as many people as they could from the fiery pits of Hell.  That was the mission, plain and simple.
We would even keep score as to how many people we got to prayer "The Sinners Prayer."  People would say things like, "I have personally led over thirty-four people to Christ."
There were more than a few cynical, self-serving folk in those churches, but there were also plenty who were sincere, as well, and who genuinely believed they had to share their faith with as many people as possible.
Even so, there is an intentional, and necessary emotional distance that is created when Christians make faith a commodity in a sales pitch.
Because then they don't have to actually try what they are selling.
I often think of faith as a river.  It is a flow that moves us toward the Divine Source of all things.  Sometimes it narrows,  rages and rushes, other times it widens and moves along placidly in the sun.  But it is always flowing, and when we step into it, we find ourselves flowing, too.
And we can tell people about the river.  We can stand next to the river, describe it, and talk about its various properties.  But unless we are willing to get into the river ourselves, and let it take us where it will---nothing we think we know about it matters.
It can be disconcerting to leave our place on the banks of the river to step into the flow because you have no idea where it's going to take you.
The flow might very well take you downstream to a place where all of your old explanations about the river no longer make any sense.  But until you step into the river yourself, you will never really be able to explain why it matters so much to let go of fear, and simply be in the flow.
May you find the courage to step off of the bank and into the flow today and every day.  May you let it carry you ever closer to God, and to a faith that flourishes from freedom, not fear.
And may the grace and peace of our Lord Jesus Christ be with you now and always. Amen.