Fourth Sunday of the Season of Easter - Lay Down Your Life 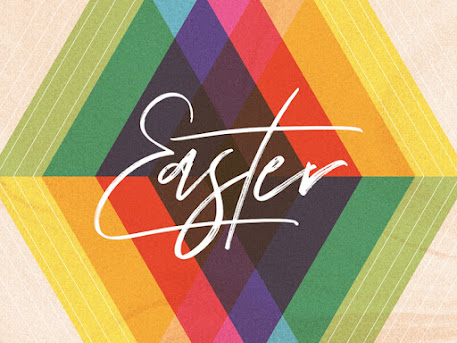 It's the Fourth Sunday of the Season of Easter---yes, it's still Easter!  And the Tomb is still empty!  Can I get a witness on that, Church?

First let's take on that phrase, "Laying down your life."  It's an idea that Jesus talked about on more than one occasion with his followers, and something that he demonstrated in the way he did just that when he went to the Cross.

But what does it mean for us?

Dramatic examples of people laying down their life...

The Four Chaplains were four U.S. Army chaplains serving on the SS Dorchester during World War II. In 1943, while en route to Greenland, the boat was attacked by a German submarine and began to sink. The chaplains—George L. Fox, Alexander D. Goode, Clark V. Poling, and John P. Washington, helped the soldier's board lifeboats and gave up their own life jackets when the supply ran out. As they descended into the water, the four men joined arms, said prayers, and sang hymns until they drowned to death.

The 9/11 First Responders who ran into the smoldering Twin Towers on September 11, 2001, must have known that they were putting their lives in peril. A total of 412 firefighters, police officers, and EMTs died trying to save those fleeing the buildings and surrounding area.

John Robert Fox - called an artillery strike on his position to give Allies time to retreat and then counter-attack.

Ruby Bridges - a little girl who exhibited grace and dignity--risking her life to bring equality.

Why do these stories inspire us?  Because they demonstrate the great love that humans are capable of in moments of decision when the greater good becomes more important than the individual.  We all would like to think that we would do the same.

But for most of us, we never really have those kinds of moments thrust upon us.  So how do we exhibit the same kind of love in our own lives?  What does it even look like?  I mean, for those of us who say we are Christians, we also claim to be Resurrection people, but what does that even mean?

Does the Resurrection really matter to us?  Other than celebrating it on Easter as some abstract notion or as part of our tradition that we never really ponder all that much?

Here's the thing... Resurrection is the Foundation of our Faith.

Talk more about this.

So if Resurrection is the foundation of our faith, what evidence is there that it matters to us?  How can we see that the Resurrection matters to us and our faith community?  It's when love is present, visible, clearly seen by all.  And the kind of love we're talking about is the kind of love that is sacrificial, selfless, and focused on the common good, human flourishing, bringing shalom to all of Creation.

Here's a hard question, though...

Do we see this kind of love in Christianity today?  I would argue that it's not visible in far too many churches, denominations, and in the lives of many, many people who say that they believe in the Resurrection of Jesus.

In fact, we see the exact opposite, which is why so many people are giving up on the Church.

It's time for us to reclaim the foundation of our faith, and to live as Resurrection people, which means that we live in such a way that the love Resurrection brings is evident to all.

Because Resurrection is a Love-Creating Action.

1 John 3:16 This is how we know what love is: Jesus Christ laid down his life for us. And we ought to lay down our lives for our brothers and sisters. 17 If anyone has material possessions and sees a brother or sister in need but has no pity on them, how can the love of God be in that person? 18 Dear children, let us not love with words or speech but with actions and in truth.

19 This is how we know that we belong to the truth and how we set our hearts at rest in his presence: 20 If our hearts condemn us, we know that God is greater than our hearts, and he knows everything. 21 Dear friends, if our hearts do not condemn us, we have confidence before God 22 and receive from him anything we ask, because we keep his commands and do what pleases him. 23 And this is his command: to believe in the name of his Son, Jesus Christ, and to love one another as he commanded us. 24 The one who keeps God’s commands lives in him, and he in them. And this is how we know that he lives in us: We know it by the Spirit he gave us.

Let me share a little bit about this letter before we dig into the particulars.  This letter is a commentary on the Gospel of John for a new generation of Christians, and it was included in the New Testament by the Early Church leaders who compiled the canon because it was deemed necessary for the inclusion of John's Gospel.

The elder who wrote this letter has harsh words for those who do not show this kind of love.  It's tough to read those words because he's essentially talking about people who used to be part of the Johannine community, but who went astray in his opinion.

But what you can take away from even the harsh words is the sense that the evidence of the Resurrection for this community of faith is a community conjoined by love---the kind of love that spills out into the world and is evident to all.

This kind of teaching marked so much of the Early Christian response to Roman persecution, the tragedies of war, plague and so much more.  It was said of Christians in one particular plague-ridden town when they stayed behind and gave their lives to care for the sick and dying:  "See how they love!"

This passage teaches us something simple and profound about the Resurrection Life:

The Christian life is a life laid down for others, a life built on self-sacrifice.

The kind of self-sacrifice that Jesus demonstrated by laying down his own life for the sake of love--only to be raised to new life, the kind of life that had the power to change everything for those who lived it, too.

At this point, you might be asking, "Okay, but how do I do this in my own life?"

Be vulnerable - this is a willingness to be open, humble, hospitable, kind--expecting nothing in return.

Sacrifice the small stuff - we often minor on the majors and major on the minors.  Resurrection people know when something is essential, and when something can be laid down for the sake of the Gospel.

Be teachable - if the Resurrection is the foundation of our faith, it frees us from dogmatism, Bibliolatry, and for clinging to traditions that do violence to the Gospel.

Imagine what it would like if as Christians we truly got this.  If we laid down our lives. If we showed the love that Resurrection brings.

Resurrection is a Love-Creating action.