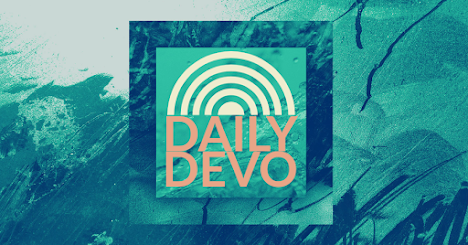 When I was a young teenager, I was compelled to attend our church's youth gatherings, which happened on Wednesday evenings while the adults all attended "Prayer Meeting."

Prayer Meeting night was just another church service, to be honest---only when it was over the men would separate from the women, and each group would spend some time praying together out loud over prayer requests they would share.

Truth be told, I actually considered myself lucky that I had to go to the youth gathering, instead of the Prayer Meeting, although I would have much preferred to attend neither, to be frank.

The youth gatherings consisted of some singing, a time for "testimonies" and then a message from the youth pastor.  The themes of the messages ranged from "Don't Do Drugs and Have Sex," to "Don't Drink and Have Sex," or simply,  "Don't Have Sex."

Occasionally there would be a variation that included warnings of the evils of Rock-n-Roll, R-Rated movies, and Resisting Temptation...

The temptation to have sex, in case you were wondering.

More than once I was told that in order to live a holy life, free from all of the aforementioned licentiousness, I needed to "die to my self" every day--a phrase that was loosely lifted from the Bible.

Jesus talked about surrendering yourself, taking up your cross, losing your life in order to find it, and a host of other things, but it was Paul who took those teachings and walked them down the path toward something resembling monasticism.

And then the community of faith I was a part of shoehorned Paul's teachings into prohibitions against the sins of the flesh.  So I grew up thinking that the whole concept of dying to self meant that you pretty much led the life of a Puritan---a really, really, boring Puritan.

But that's not what it meant at all.  To be fair, Paul probably piled on a heaping helping of holiness onto the concept, but he knew better than to assume that was the point.

The point to dying to self is simply letting go of what keeps you from being the person God longs for you to be--from being your best and truest self. And friends, that's something that you and I have to do on a daily basis.

The great Buddhist teacher Thich Nhat Hanh finds such resonation with the story of Jesus that he wrote this about the kind of surrender we're talking about here:

Each and every day you and I are challenged to let go of the self that keeps us from being true to who we really are to God.  This is the self that perpetuates the negative messages we hear in our heads, the doubt that permeates our souls, and wounds that threaten our hearts.

Dying to this self is about resisting the temptation to despair, hate, fear, worry, and succumb to self-loathing.  These are the great sins that drive us farther and farther away from our true selves, and from the joy of God's presence in our lives.

May you find ways to die to yourself today and every day.  May you find the strength to resist temptation, and move forward toward abundant life. And may the grace and peace of our Lord Jesus Christ be with you now and always. Amen.