Courage And Fear Are Not Opposites 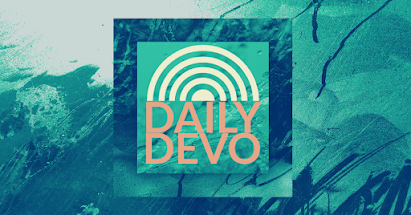 I was in a meeting yesterday where the topic being discussed was fear, and what to do with it when it feels like it's going to paralyze you or send you in the wrong direction.
One of the people in the meeting said something that I actually wrote down because I wanted to think more about it.  He was talking about how courage really isn't the opposite of fear, even though that's what we are often taught.
Then he said: "Courage is just fear that's been prayed up."
I love that line so much, mostly because I've always had this notion of courage that it was (as I mentioned) the opposite of fear---a notion that hasn't done anybody any good, ever.
There have been moments this past year when I have moved forward into the unknown, trying to do the next best thing, white-knuckling it all, and scared half to death that I was messing everything up.
Who am I kidding?  I've had years of that kind of angst.
The difference between those past years and the one we had (and keep on having) is that last year I had several years' worth of those kinds of moments packed into a single month... and then a bunch of those months strung together.
And through all of those moments, I thought that I lacked courage.  I have always felt that way, to be honest.  I've always felt like a fraud---acting calm and confident on the outside, but feeling like I was falling apart on the inside.
I'm beginning to realize that most of us feel that way when we are faced with big decisions---scared, devoid of courage, feeling like we're about to fall flat on our face.
But moving forward when you are scared and uncertain is an act of courage no matter how you slice it.  It's a moment when you say a prayer, and take a step.  Then maybe you say another prayer and another step.  And so it goes.
Your prayer may not even seem like a prayer to you.
It might be this: "Help me!"
It could also be a bit rawer like: "Oh s**t!"
Hey, don't get mad at me--you know you've prayed that prayer before.
Or it could just be something like a stream of conscious-style rant where you and God throw down.
And it could look like a plea, marked with surrender.
Jesus prayed a prayer like that in the Garden of Gethsemane when he said:

“My Father, if it is possible, may this cup be taken from me. Yet not as I will, but as you will.”

So today if you find yourself filled with fear about your next steps... If you are terrified of what comes next... If you are standing at a crossroads afraid of taking the wrong road...  know this:
You have access to all of the courage to move forward that you will ever need--it's there in the fear, just needing some prayer to transform it and you along with it.
And if you are needing a prompt to help you pray today---one that isn't quite so raw, perhaps...  Here's something I've been reading/praying this week:
Spirit of Jesus—
Come with fire that refines,
Water that refreshes,
Wind that topples,
Breath that fills.
Pray that prayer, and then take a step.  Pray it again and take another.  Let your fear become courage and let your courage lead you into the future that God has prepared for you with love and mercy.
And may the grace and peace of our Lord Jesus Christ be with you now and always. Amen.