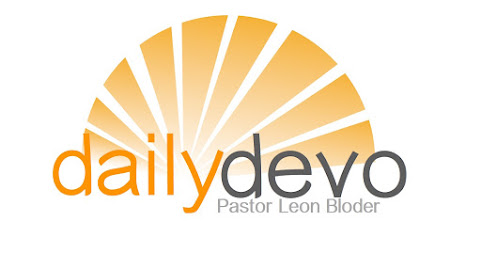 I have been reading a book entitled Empty The Pews: Stories of Leaving The Church, which is a book of essays by people who no longer identify as Christian, or at the very least no longer are a part of the Church.

The essays are heartbreaking.  Some of the authors experienced abuse at the hands of family members or church leaders, whose actions were motivated in part by their twisted beliefs about God.

Others were rejected by their faith communities because of who they were, or because they dared to question the things they were taught about Christianity.

Some of the stories have been familiar to me, dredging up memories of my own.

Far too many people have either left the Church wounded or never give the Church a chance because of the kinds of stories that I've been reading.  It's sobering because I want to believe that the work I do as a pastor is helpful, rather than hurtful.

The stories call me to faithfulness in my own role as a leader within the Church.  They also speak to me about the ways those of us within the Church often lose sight of the transforming power of the Christ we claim to follow.

The Apostle Paul once sent a letter to the early Christians in the ancient Greek city of Ephesus where he wrote about the transformative power of Christ's dying and rising.

14 For he himself is our peace, who has made the two groups one and has destroyed the barrier, the dividing wall of hostility, 15 by setting aside in his flesh the law with its commands and regulations. His purpose was to create in himself one new humanity out of the two, thus making peace, 16 and in one body to reconcile both of them to God through the cross, by which he put to death their hostility.

In this passage, Paul was specifically addressing the divisions that existed in the early Church between Jewish and non-Jewish Christ-followers, but he also touches on a greater, more universal truth...

Far too many people who claim to be followers of Christ focus on either one or the other part in the dying/rising equation, and when they do, they gloss over so much of the transforming power of Christ.

Some tend to dwell almost exclusively on the Cross, the sacrifice of Christ, the suffering and dying.  Their faith becomes centered around feelings of guilt, shame, and feelings of unworthiness that must be countered by a fixation on holiness, insider/outsider language, and false piety.

Others focus solely on Christ's Resurrection, without much thought given to his suffering.  Their faith becomes defined by a triumphant, exclusive, prosperity-driven theology that does little to acknowledge the hurts of the world.

If we would fully follow Jesus, we need to see how these boundaries and barriers are false constructs that were dissolved by his dying and rising.

Fr. Richard Rohr teaches that Jesus' death and resurrection is part of a universal pattern that moves us from order (where we are) to disorder (something that feels like chaos, or death) and then finally to reorder (resurrection to something new).

So essentially what Paul was teaching us here in Ephesians and very nearly every other letter he wrote is that Jesus embodied this universal pattern, showed us that it's all part of a greater transformation of Creation, and of course us.

Why does this matter?  Because when we are able to break down the barriers to our dualistic, either/or way of seeing, and are able to see that the boundaries and barriers between us and others fall away as well.

And at last, we will have a more complete view of the Gospel not just a portion of it.  We'll finally be able to approach the Christian faith in a much more holistic and non-dualistic way, which will go a long way toward healing the deep divisions within our culture, but also in our own minds.

May it be so for you today and every day and may the grace and peace of our Lord Jesus Christ be with you now and always. Amen.