The Bottom of the Cage 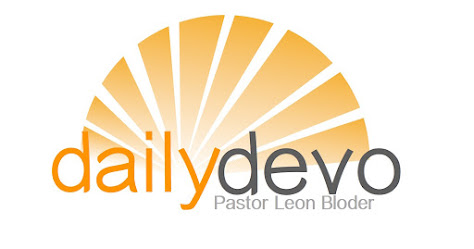 I was reading through some things that I wrote about a dozen years ago, and I was ashamed of myself.   They sounded like they were coming from a different person, but they didn't.  I wrote the things I was reading.

The version of Christianity I was peddling then was small-minded, and not at all gracious. It delighted in excluding, was snarky, over-confident, combative, and didn't really resemble Jesus at all.

The funny thing is, I thought it did.  I even made a pretense of being all about grace and forgiveness in those things I wrote, but the golden hue of those ideas was buried beneath a pile of...  well, you know.

Not too long after I wrote those things, I experienced a life-altering crisis of faith, which ended up being the very best thing that could have happened to me.  Sometimes losing your faith is the very thing you need in order to find it.

I wish I could remember where I've heard something like that before... Oh yeah.  It was Jesus.  He said that.

If only I could go back in time, I would show up at the Starbucks where I was busy writing the aforementioned schlock and I would turn over that dude's Grande Cinnamon Dolce Latte into his lap, and tell him just that.  That'll teach him.

Alas, the benefit of hindsight is that you get to see the places where you stumbled, but you don't get to keep your past self from doing a facial right on the ground.  This is a good thing because, without that face-plant, you probably wouldn't learn.

I need to show some grace to that guy, though.  He (I) was doing the best that he could at the time, and there was a war going on inside of him, which made him cling desperately to what he thought he knew was true.

I forgive him for not knowing better in order to do better.  I'm also grateful that there were gracious people I'd offended during those desperate days that I later had the opportunity to ask for their forgiveness.

It was their kindness and graciousness that played a significant role in the crash I experienced, and also in my restoration to new life.  And so I am reminded today of two important, interconnected truths.

The first comes by way of a beautifully true line from a poem by the 13th-century poet Rumi:

When a bird gets free it does not go back for remnants left on the bottom of the cage.

It took me many years to leave behind the shadowy version of Christianity that I'd clung to in one form or another for most of my life.  I'd traded one image of it for another for so long, I couldn't see the truth of it any longer.

But when I finally opened my eyes, I realized I never wanted to go back to scrounge at the bottom of that cage again.

The second truth comes from the German-American poet Charles Bukowski, who asked this question:

Are you becoming what you've always hated?

It's easy to look through jaundiced eyes at those who would have wholeheartedly agreed with the things I wrote all those years ago.  I mean, I'm only just now beginning to be able to see my old self differently, after all.

The problem is when you direct all your energy toward denigrating, tearing down, belittling, "othering," and generally discounting the people you now find yourself at odds with, it doesn't matter if they used to be friends or allies.

You've become the very thing you rail against.

Trust me.  I know this from experience, and I know that this is no way to live... and definitely no way to bear witness to the incredible freedom and abundance I've experienced from being set free from the cage I used to inhabit.

Maybe this is one way to change the world... giving grace to our old selves first and then to those we struggle to love.

Who knows?  Our faithful and joyful witness to the freedom we find outside the cage could be the very thing that will give someone else the courage to take flight.

May this be so for you today and every day forward.  And may the grace and peace of our Lord Jesus Christ be with you now and always. Amen.