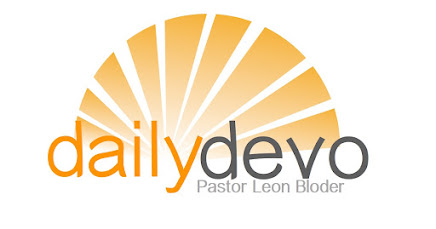 Yesterday was St. Patrick's Day today, so I decided to look up some facts about St. Patrick to see if I could find some things I didn't know before. I did know these two things: aside from being the patron saint of Ireland, who is credited with bringing Christianity to the Irish Celts, St. Patrick is also credited with getting rid of all of the snakes on the island.

That's right... there are no native snakes in Ireland.  But it was the Ice Age that got rid of the snakes, not St. Patrick, despite the persistence of the legend.

What I didn't know was that he was trafficked as a slave by Irish pirates and came to love Ireland through his travels there.  It was while he was a slave that Patrick put his faith in God, and would eventually convert to Christianity upon his return to Britain.

Funny that...  Patrick isn't actually Irish, even though he's the patron saint of Ireland.  He was most likely a Briton, descended from Romans who settled in the southern part of what is now the United Kingdom.  There are also some scholars who say that he could have also been Welsh.

Patrick would eventually return to Ireland as a missionary, where he would be persecuted by the Celts, directed by druid priests, who sang these kinds of rhymes about Patrick and his ilk:

Across the sea will come Adze-head, crazed in the head,
his cloak with hole for the head, his stick bent in the head.
He will chant impieties from a table in the front of his house;
all his people will answer: "so be it, so be it."
The druids would be instrumental in having Patrick tossed into prison or chains, and nearly executed on a number of occasions.  In time, however, he became a luminary to the Irish and was renowned for all sorts of miracles and healings.
I've had to opportunity to travel to Ireland and to see the many monuments, stained glass memorials, altars pieces, and holy places that are such a part of the lore and legends surrounding this most well-known of saints.
Shortly after his death, he was given the kind of status by the church that only the Apostles had been given.
I thought a lot about St. Patrick today.  Thinking about him as a young man who was dealt the worst possible hand he could have been dealt: removed from his family, held as a slave for years, victimized beyond imagination.
And yet, he found himself in the midst of that suffering.  He discovered something about himself that could not have otherwise been discovered.  It was through the suffering that he understood more fully what Jesus went through in his own suffering.
It was through suffering that St. Patrick found the courage and strength to return to the land where he'd been forced to so early in his life. But in all of that suffering, Patrick held on to the hope that suffering can be redeemed, what was dead can be resurrected to new life.
I found this amazing prayer by St. Patrick that I would love for you to read to yourself today throughout the day.  Try it several times today.  Just this simple prayer...

Know that in all you do... in all that you encounter... in every obstacle you face.... you have God on your side.  You have the Creator and Sustainer of the Universe in your corner.  Nothing of what you suffer is wasted by this God who suffers with you, mourns with you, and then rejoices with you when the new things spring up inside you.
May this be so for you today and every day.  And may the grace and peace of our Lord Jesus Christ be with you now and always. Amen.