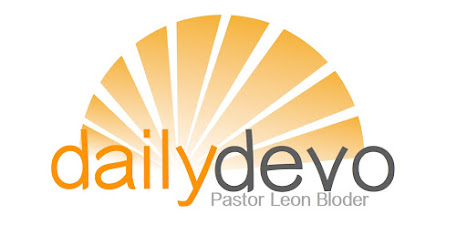 I spent some time reflecting on the Super Bowl commercials that aired yesterday during the big game.

I love good marketing, and the Super Bowl has become the television event within which the very best advertising agencies compete for our attention, and (they hope) our hard-earned money as well.

There were some genuinely funny and creative efforts (Will Ferrell driving to Norway to advertise a new electric car was a good moment), and there were some pretty odd ones, too (The Oatley CEO singing off-key about the virtues of oat milk was pretty darned puzzling).

But the one that got my attention the most, and left me with a lump in my throat was "The Middle" a Jeep ad with Bruce Springsteen, both acting and narrating.

The ad, which was shot in a wintry Kansas landscape, was an appeal to folks on the left and the right in America to find a way toward the middle, and to common ground.  Here's a bit of the script:

We just have to remember the very soil we stand on is common ground, so we can get there. We can make it to the mountaintop through the desert, and we will cross this divide. Our light has always found its way through the darkness. And there's hope on the road up ahead

Almost immediately after the ad aired, there was a backlash on social media from people on the left and the right, who began making their claims as to why a middle ground was not an option in our current culture.

As I was pondering all of this, it occurred to me that one of the main reasons why things have gotten so bad between us and so many of our fellow citizens is because we can't see a clear vision for something better.

The future seems murky and fear-inducing, and so we retreat into our corners, afraid of losing what we have in front of us, worried that the "other" (whoever the "other" is for us at the moment) is going to take over and ruin everything for everyone.

We are obsessed with immediacy---governed by the tyranny of the urgent, even if whatever is urgent is only made so because we've been told it's so urgent that it merits our outrage.

Madeline L'Engle wrote about this as she compared our "modern" age with the age of the Roman Empire, the context within which Jesus entered into history:

Our civilizations [Roman/Modern] are not dissimilar, both reflecting the end of something rather than looking towards a new beginning, and both are expressions of a secular culture accepting only the immediate and shunning the transcendent.

Jesus taught his followers not to put all of their energy, imagination, and love into the "things of this earth," which was a not-so-veiled reference to the perils of the age back then---an age that isn't all that dissimilar from our own.
In fact, the transcendent truth that is inherent in Jesus' arrival at that moment in history is that Jesus always arrives through the power of the Spirit in just such moments.  And that Jesus continues to speak to our obsession with the immediate rather than eternal.
I think that there is room for common ground.  There is a middle way---a third way that isn't founded on a lack of accountability or denial of the truth.  The third way forward is the way of Christ---a way marked by truth but also grounded in grace, forgiveness, mercy, and unconditional love.
If we are courageous enough and humble enough perhaps we can find our way to that common ground together.  There may be some who will always refuse to move, but if enough of us do... then we might be able to show that there is life and light ahead, and common ground enough for us all.
May the grace and peace of our Lord Jesus Christ be with you all, now and always. Amen.