The Glory of the Lord Shone Round 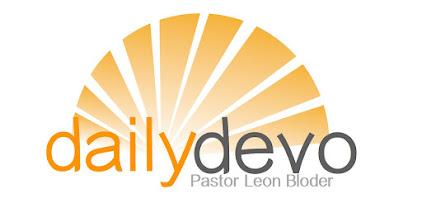 I'm watching the sunset tonight from a particularly good vantage point on the back patio.  The air feels soft and remarkably free from humidity.

Just opposite me are a group of trees where some birds have decided to roost for the night, and I can hear them chirping and calling to one another.  And there are some cicadas really tuning up for the evening just outside the patio screen door.

I'm trying to take this all in as best I can.  I want to close my eyes and listen to the sounds of the early evening, but the blast of orange-yellow-rose-colored sky streaked by purplish-grey clouds is just too alluring.

It's been a hard couple of weeks... tacked on to a bunch of other hard weeks in a particularly hard year.

So, it's nice to experience a bit of beauty, and breathe deeply for a moment of what feels like the very beginning of Spring.  It feels good to just rest for a moment and let the evening sights and sounds wash over me like a silky wave of Divine favor.

I know it might sound odd, but that's the best way I can think to describe it... Divine favor.

I  don't believe that just because I have resources, and a place to live, and enough money to bail me out of problems like frozen water pipes, tired pool pumps, or even a dead car battery (like the one we were able to replace in the middle of the storm last week) that I have somehow found "favor" with God.

I don't equate Divine favor with those kinds of things.

Because that would mean that people who don't have those kinds of resources aren't experiencing God's favor, and that's not anywhere near the truth.  I have those resources, and I am grateful.  But I also know that I  am nothing special, and I don't feel entitled because of them.

On the other hand, there is something about this sunset, and the sounds of the birds that makes me feel as though God has favored me---blessed me---gifted me with this moment.  I  feel honored right this second to be a witness to all of this.

It's a moment that is full of glory and favor---heavy with it, in fact.

I also know that it won't be long before the sun will disappear on the horizon, the stars will begin twinkling, and the moon will appear over the trees that are now silent as the birds have gone quiet.  And that has its own kind of glory, too.

In the Hebrew tradition, the day begins at sunset---particularly on the Sabbath.  It's when you get the chance to reset, recharge, and simply rest.  It's when you get to enjoy the glory of God all around you, but you have to be willing to surrender your schedule, worries, and fears about tomorrow.

You also have to be willing to surrender the voices in your head---the ones that keep you from hearing the music that is playing all around you.  Or maybe even the voices that are speaking to from outside your head--the voices that vie for our attention from social media, cable news, and the like.

So wherever you are today, whatever you are doing... take a moment and look around you.  There is glory there, just on the other side of your worry, your busy-ness, and the noise.  Listen.  Breathe.  Rest.  God is with you.  God is favoring you.  All is well.