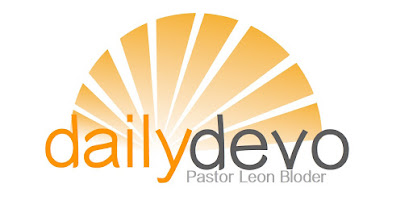 I've been thinking and writing a lot about uncertainty over the past year--go figure.  But in this process, I've been reminded of the fascinating ways that our minds work.
Let me explain... It's interesting how I always seem to find poems, lyrics, quotes, and passages that speak to the very things I'm pondering.  Funny how that works, right?
For example, I never really paid all that much attention to Jeep Wranglers until I bought one, and now that's all I can seem to see on the road.  [By the way, Wrangler owners do what's called the "Jeep Wave" to one another. It's a real thing.]
Back to the whole uncertainty thing...  I read this poem the other day by poet Tyree Day, and it just wrecked my morning because it spoke right into the feelings of uncertainty that have been plaguing me.
I couldn't stop thinking about it, and so I wrote it down, thinking that maybe I'd figure out why it affected me so much.  Here's the poem:
Every road isn’t a way out, some circle
Back like wolves, you can’t get lost on them
and they won’t lose you, others wait
For you to run out of gas then come alive
With what your mother said would take you.
The road I’m walking on now is howling and full of moon,
Hopefully it’ll lead to myself,
Hopefully they’ll take me home.
There is so much about that poem that both troubles and intrigues me.  It resonates with me on so many levels.  I have felt like I've been on the roads that "circle back like wolves," and I've been on roads that were filled with demons lurking in the bushes as I "ran out of gas."
You and I both know these kinds of roads.  They are the kind that you didn't expect to find yourself on, but you are on them nonetheless and sometimes far from home.
Maybe you started on your particular road that is "howling and full of moon" because you thought it was the right one to choose, but it wasn't.  Maybe you chose it, knowing where it led, but you didn't care at the time... but do now.
Perhaps you have no idea how you ended up on that road, but there you are, walking, looking over your shoulder and hoping that you see something familiar at some point.  Hoping you'll find your way home.
I don't know where you are in your journey. but I've been circling back now and again, and I am starting to feel afraid that there won't be a way out.  I keep looking for the secret detour that will lead me forward, but it hasn't made itself known just yet.
The world can feel like this at times.  And we can find ourselves running recklessly in circles, feeling chased, beginning to believe that there may not be a better path.  It's a helpless feeling to stare so unflinchingly into uncertainty and try to keep going.
One of the most encouraging things that Jesus ever said to his followers was simply these two words:  "Fear not."
But did you know that the words "Fear not," or "Do not fear" appear in the Bible 365 times?  This means if you look up every single moment where those words appear in both the Old and New Testaments, you'll have one to read every day of the year.
Let's you and I make a pact together, shall we?  Let's covenant to hold on to those words in the midst of our journey.  Instead of rushing headlong in circles... or running forward in fear as though we're being chased... let's just say those two words and slow our pace.
Fear not.
And who knows?  That may be the point where we are walking slowly enough to see the secret paths that were there all along.
May the grace and peace of our Lord Jesus Christ be with you now and always. Amen.