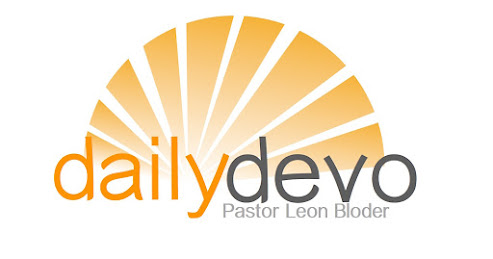 In 1991, at the age of 29, Michael J. Fox was on top of the world.  He had already been a Golden Globe and Emmy-award winning actor for his role on the TV show Family Ties and was one of the biggest movie stars in the world.

He starred in the Back to the Future trilogy, Bright Lights, Big City, The Secret of My Success, Teen Wolf, and Doc Hollywood---all of which were big box office successes.

But it was at age 29 that Fox would receive some news that would change his life forever.  He was diagnosed with Parkinson's disease, which was extremely rare for such a young man.

Over the next thirty years, Fox became an advocate for Parkinson's research and has raised millions of dollars through foundations he's created and led.

He also continued to act, write, direct and produce--going on to win additional Golden Globes and Emmy's, and even a Grammy for a spoken word album he recorded.

But more importantly, Fox has declared over and again how much his diagnosis changed his life... for the better.  In fact, some years ago he wrote this:

If you were to rush into this room right now and announce that you had a struck a deal… in which the ten years since my diagnosis could are magically taken away, traded in for ten more years as the person I was before—I would, without a moment’s hesitation, tell you to take a hike… I would never go back to that life—a sheltered, narrow existence fueled by fear and made livable by insulation, isolation, and self-indulgence.

After I read that, I wondered if I would have the strength to feel the same way as he did.  Because what he realized was that he didn't really like the person he'd become prior to his diagnosis.  That old self needed to die in order for him to become his best and truest self.

The other day I was reading Pema Chodron's excellent little book When Everything Falls Apart, and came across this wonderful line:

Only to the extent that we expose ourselves over and over to annihilation can that which is indestructible be found in us.

Now you might be saying, "That sounds pretty drastic!"  To which I would counter with these words from Jesus that might be a bit more familiar, but no less dramatic:

"Whoever finds their life will lose it, and whoever loses their life for my sake will find it." Matthew 10:38, NIV

Whoever loves his life loses it, and whoever hates his life in this world will keep it for eternal life. John 12:25, ESV

There are more like those, but you get the idea.

Jesus was all about surrender, and dying to self in order to rise to a new life as the person God dreams for you to be.  This has been a hallmark of the Christian faith---despite the fact that it tends to get pretty short shrift in the dominant forms of Christianity in our current culture.

Sometimes we get opportunities to come face to face with the person we've become... and to ask ourselves if that person is our real self or just some false persona that we've created.

For Michael J. Fox it took a diagnosis of a debilitating disease to ultimately determine what mattered in his life and to begin loving himself once again as he was transformed.

But in most of our cases, our "come-to-Jesus" moment probably won't be that dramatic.  It might very well be the realization that we are struggling to keep up the false pretenses we've put out into the world for so long.  It could be a word of encouragement from a friend.

Or it just might be a daily devotion that we read and begin to realize our need for change.

May you learn what it means to surrender and die to your self so that Christ can be raised within you.  May you become more and more your best self every day as you draw closer to the person God dreams for you to become.