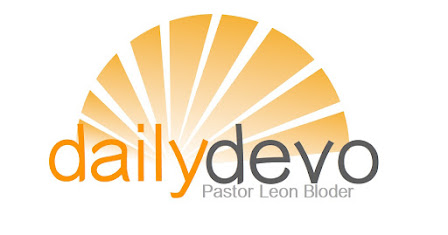 I'm no stranger to failure.  I'm guessing you aren't either.  But our familiarity with failure doesn't mean that we enjoy it when it happens.  Nor should we, for that matter.

But I've also learned much more from failing than I ever did from any successes I've had.  There's a vulnerability that is brought on by failing that breaks down pride and teaches humility.

There are also lessons that we learn from our failures---valuable, lifelong lessons about who we are, how we conduct ourselves when things don't go our way, and how we should act and speak when we lose.

When I was a sophomore in high school I placed first in a speech contest for the state of Florida and was sent triumphantly on to compete in the national competition.

I remember the moment when the winners were being announced at nationals, and I realized that I didn't even place.  I was crushed. I just knew that a mistake had been made.  But when I received the sheets from the judges, I realized something...

My marks had been high.  The comments had been positive and effusive.  I ended up finishing in the top ten but I'd been competing in the rarified air of the very best in the entire country, and I'd needed to be nearly perfect in order to win.   And I wasn't.

The lesson that I learned is one that I've had the occasion to recall more than once:

Do your best and then surrender the outcomes.

Today I was reading Jeff Tweedy's awesome little book How To Write One Song, and he wrote this:

Failure can be a kind of pain that you shouldn’t let go to waste, at least as long as you’re in the proper space mentally.  It will help you deal with rejection in a lot of other areas of your life.

I've been passed over for promotions, rejected by publishers, denied job interviews, turned down by search committees... I've made mistakes, dropped the ball, missed opportunities... the list goes on and on.

And with each failure, I learned something about myself---lessons that have not been wasted.  But I have to say that those failures taught me more about grace, and what it means to keep stumbling after Jesus even when you've fallen flat on your face.

The Apostle Paul reflected on a message he received from the Spirit of Christ concerning his own failures, and shortcomings.  He wrote:

But [Christ] said to me, “My grace is sufficient for you, for my power is made perfect in weakness.” Therefore I will boast all the more gladly about my weaknesses, so that Christ’s power may rest on me.

Maybe you have been living with the stigma of past failures, and have had a hard time moving on from them.  Perhaps you think they've defined you in some negative way.  Nothing could be further from the truth.

I want to encourage you to hold on to the knowledge that none of those failures have been wasted, and neither has the grace afforded to you afterward.  The power of resurrection is within you, and you are not done by any stretch of the imagination.

So rejoice in your failures.  Learn from them.  And know that in your weakness, the power of Christ's resurrection is made evident for all to see.