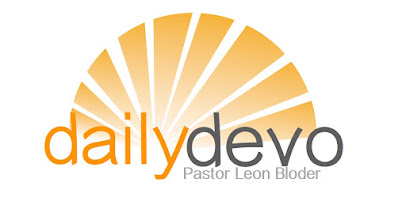 I  had a whole other devotion that I was planning to publish this morning, but I decided to wait on it. I need to write and think a bit about the tragic and awful assault on our nation's capital yesterday by rioters who opposed the outcome of the recent election.

The great reformed theologian Karl Barth once wrote that the preacher should have one eye on the Scriptures and one eye on the newspaper.  So that's what I'm doing this morning.  Plus, I just kind of need to process what I'm thinking.

One of the many things that frustrated me yesterday is the way that so many people engaged in the blatant employ of "whataboutism" as they remarked on the violence and the many other shameful actions of the mob that overran the Capitol Building.

What is "whataboutism?"  Here's the working definition:

what·a·bout·ism /ˌ(h)wədəˈboudizəm/noun - The technique or practice of responding to an accusation or difficult question by making a counteraccusation or raising a different issue.

Many of my connections on social media, as well as a few others who communicated through email engaged in whataboutism in the following way:

"Yes, I don't condone violence during protests... but there was a lot of violence during the Black Lives Matter protests this summer that didn't get condoned by [insert group here]."

Jesus once told his followers the following parable:

9 To some who were confident of their own righteousness and looked down on everyone else, Jesus told this parable: 10 “Two men went up to the temple to pray, one a Pharisee and the other a tax collector. 11 The Pharisee stood by himself and prayed: ‘God, I thank you that I am not like other people—robbers, evildoers, adulterers—or even like this tax collector. 12 I fast twice a week and give a tenth of all I get.’

13 “But the tax collector stood at a distance. He would not even look up to heaven, but beat his breast and said, ‘God, have mercy on me, a sinner.’

The Pharisee in the story engages in whataboutism.  He goes to the temple to pray, to confess his shortcomings, and to seek grace and peace, just like the tax collector praying next to him.  It's almost like he is saying, "Yes, God I seek forgiveness... but at least I'm not as bad as all that, and especially not as bad as this tax collector here."

He then goes on to extoll his own "virtues"---the ways that he publicly expresses his religiosity.

Jesus isn't all that interested in this guy---except to utilize him as an example of how not to act. On the other hand, the tax collector doesn't try to qualify his repentance.  He simply repents.  There's no "Yes, but..." in his language.  He eschews whataboutism, and humbles himself before God.

When Christians publicly respond to tragedies like the one we all witnessed yesterday by engaging in whataboutism, it does violence to the Gospel, and diminishes the Christian faith in the eyes of those who stand outside of it looking in.

If we believe that violence and destruction have no place in public discourse, or even in protest... we need to simply say that.  Nothing more is needed.  If we need to repent of the ways we have fallen short of being the people God longs for us to be... let's just say that.  We don't need to compare ourselves with someone "worse."

Just know that when followers of Jesus constantly practice whataboutism they not only discredit themselves and tarnish their witness, they also drive deep wedges between those who aren't Christians and the Good News of Jesus Christ.

What is that Good News?  It's simply this: God loves and receives all of us as we are.

And God not only loves as us we are, but God also loves us far too much to let us stay... as we are.   We all need to be transformed, changed, and committed to becoming our best and truest selves.

But we don't need whataboutism---at all.  It's time to let it go as a means of propping ourselves up out of a sense of pride and as a direct result of the sin of our certainty.    We simply need to call out injustice, violence, destruction, and hatred where we see it. Period.

Then we need to repent of all of the ways we have contributed to such things (which are contrary to the Gospel and indeed the very essence of Christianity) through our complicity, silence, or by the very things we have done and said.

And then we need to live out the following:  Do justice.  Love mercy.  Act humbly.

May it be so for all of us today and every day forward.  May there be peace in our troubled country.  And may it begin with us.  And may the grace and peace of our Lord Jesus Christ be with you now and always. Amen.