The Most Miraculous Thing Of All 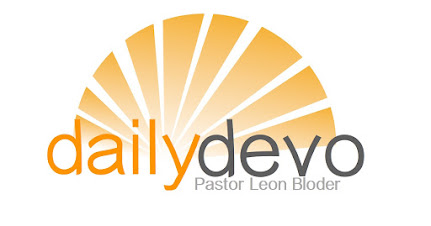 I remember as a little kid listening to a Sunday school teacher tell the story of The Great Flood from the book of Genesis in the Hebrew Scriptures.  She related to us how Noah built his ark, and how all of the animals went into it two-by-two, single file.
As I listened to her, I started thinking about what she was saying and how improbable it seemed.  I started asking questions:
Me:  "How did they fit millions of species of animals into the ark?  It doesn't seem like it's big enough based on how it's described?"
Teacher:  "Don't you think God could have made the ark miraculously bigger inside than outside?"
Me: "Okay, well what did they feed all of the animals?  Wouldn't the carnivorous animals want to eat the other animals?  How did that work?"
Teacher: "God made all of the animals become vegetarians while they were on the ark."
Me: "Well, what about the dinosaurs?  You said once that there were dinosaurs then because they didn't live millions of years ago because the world is only six thousand years old."
Teacher:  "That's simple.  God chose not to put them on the ark... That's enough questions for now."
So, that really happened, y'all.  I did not exaggerate the essence of that conversation.  In fact, I probably toned it down a bit.
In the version of Christianity that I grew up in, there was no room for metaphor, no space for questions, and definitely, no quarter was given for doubts... at all.  Real scholarship, healthy criticism, other points of view--forget it, those weren't allowed either.
This was the version of Christianity that serves as the foundation for the dominant, cultural forms of Christianity in America today.  The churches built on that crooked foundation might look cooler than the ones I attended as a kid...  the worship services might have better music, and visitors are told they can come as they are... but the underpinning has not changed one bit.
And this is why the dominant form of Christianity in America has become so identified with willful ignorance, antagonism to the truth, and absolutely drenched in the kind of certitude that refuses to see any other side but it's own.  It came by it honestly.
I read this poem by Mary Oliver the other day, and it resonated with me on so many levels.  Here it is:
I have refused to live
Locked in the orderly house of
Reasons and proofs.
The world I  live in and believe in
Is wider than that. And anyway,
What’s wrong with Maybe?
I was once asked how I could question the notion that God couldn't miraculously make things like an ark that was bigger on the inside than the outside... "Don't you have any faith?"
I tried to explain to the person asking me the question that I didn't have an issue with the miraculous---I had an issue with their pat answers, literal interpretations of the Bible, and black and white thinking which served to deny the possibility of more.
I tried to tell them that they were the ones explaining away what was truly miraculous about the story of the Great Flood.
You see, there are other flood narratives in other religious texts from the same period.  Ancient peoples were definitely trying to make sense of a catastrophe and were using mythological means to do so.
But here is only one flood narrative where the deity in the story repents of destroying things and makes a covenant with humans out of love to never do something like that again.  The God we find in the story of the Great Flood desires relationship, closeness, and connection with human beings, which is unheard of in any other ancient tale.
There was something about the God the ancient Hebrews worshipped that was different from the Mesopotamian gods of their contemporaries in ways that were transformative and world-changing... in ways that were miraculous, considering their context.
The God they glimpsed is the same God who centuries later became one of us--born in a stable in Bethlehem.  The God that they felt their hearts yearning for is the same God who would show us what it meant to love God and love everyone in word and deed.
The God they worshipped was the same God who would be willing to risk everything in order to rescue all of Creation, including us.  I'm pretty sure that this is the most miraculous thing of all.
If we are to be the kinds of people who believe in a bigger Gospel that is truly good news for everyone then we need to push away from the kind of beliefs that limit the goodness and greatness of God.  We need to let go of pat answers and simplistic reasoning that essentially deny what is truly miraculous.
May it be so for you today and every day forward.  And may the grace and peace of our Lord Jesus Christ be with you now and always. Amen.