Second Sunday of Epiphany: Your Servant Is Listening 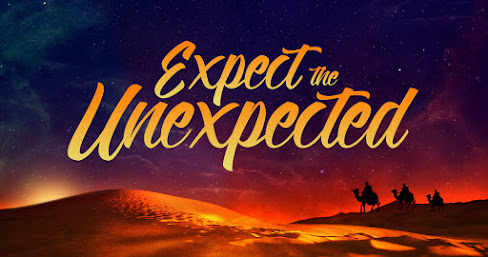 Today we are continuing our journey through the season of Epiphany.

Epiphany is a season within the historic rhythms of the church where we are given the chance to be surprised by the truth of who Jesus is and what Jesus came to do.

Epiphany also offers us the gift of transformation as we allow the wonder of Christ's presence to change us, and the world around us.

One of the main issues that the Gospel writers and indeed the Apostle Paul and all of the authors of the New Testament wrestled with is simply this:  What does it mean to be transformed by the new thing God is doing through Christ?

Over and over again we see throughout the New Testament that those early Christians were being exhorted by the apostles and early church leaders to be alert to what God was doing, to stay awake... and to listen for God's voice.

Today we are going to take a fresh look at an old Sunday school story from the book of 1 Samuel, a story that occurs hundreds of years before Christ... but a story that is included in the lectionary readings for this particular Sunday because of what it teaches us.

Humans often have a hard time hearing the truth of the moment.

I got to thinking about what makes people not listen to warnings that they should have listened to.  Let me give you some examples of people whose warnings should have been heeded, but were ignored.

What makes us refuse to listen?

Psychologists believe that it comes down to this:  Risk Homeostasis Theory.

If the risk of moving seems more fraught with change than the risk of standing still, people will most likely stand still.

Essentially this is how it's defined:  A warning that is not perceived as needed will not be heeded even if it is needed.

I believe the Spirit of God has been speaking to the Church for some time now, but the Church has refused to listen.  Instead, far too many followers of Christ are listening to their own voices or the voices of leaders who tell them what they want to hear.

When the churches forget their own Gospel message, the Holy Spirit sneaks in through the ducts and the air vents.  - Rohr “Breathing”

It's time for us to start listening to what the Spirit has to say to the Church.  God is doing something new, and we can either be a part of it or be left behind.
Learning to Listen Leads To Life.
1 Samuel 3:1-10:

The boy Samuel ministered before the Lord under Eli. In those days the word of the Lord was rare; there were not many visions.

2 One night Eli, whose eyes were becoming so weak that he could barely see, was lying down in his usual place. 3 The lamp of God had not yet gone out, and Samuel was lying down in the house of the Lord, where the ark of God was. 4 Then the Lord called Samuel.

But Eli said, “I did not call; go back and lie down.” So he went and lay down.

6 Again the Lord called, “Samuel!” And Samuel got up and went to Eli and said, “Here I am; you called me.”

7 Now Samuel did not yet know the Lord: The word of the Lord had not yet been revealed to him.

8 A third time the Lord called, “Samuel!” And Samuel got up and went to Eli and said, “Here I am; you called me.”

Then Eli realized that the Lord was calling the boy. 9 So Eli told Samuel, “Go and lie down, and if he calls you, say, ‘Speak, Lord, for your servant is listening.’” So Samuel went and lay down in his place.

10 The Lord came and stood there, calling as at the other times, “Samuel! Samuel!” Then Samuel said, “Speak, for your servant is listening.”

Let's go through the context of this story... Who was Samuel?  Who was Eli?

What was happening in Israel here?  Abuse of power, religion/politics...

The story of Hannah:

“The Lord brings death and makes alive;
he brings down to the grave and raises up.
7 The Lord sends poverty and wealth;
he humbles and he exalts.
8 He raises the poor from the dust
and lifts the needy from the ash heap;
he seats them with princes
and has them inherit a throne of honor.
“For the foundations of the earth are the Lord’s;
on them he has set the world.
9 He will guard the feet of his faithful servants,
but the wicked will be silenced in the place of darkness.
“It is not by strength that one prevails;
10     those who oppose the Lord will be broken.
The Most High will thunder from heaven;
the Lord will judge the ends of the earth.

In those days the word of the Lord was rare; there were not many visions. 2 One night Eli, whose eyes were becoming so weak that he could barely see, was lying down in his usual place. 3 The lamp of God had not yet gone out,

Eli denied his truest calling, but he at least had the wherewithal to realize that the Spirit was speaking to a young boy---who was almost an afterthought.

Samuel represents something new, a revelation of God's desire outside the religion of the day.

If the Church refuses to accept God's mission to be the Church--God will speak and act through those willing to listen to God's voice.

Are we listening as a Church?

In what ways has the Church seemingly abandoned it's "first love?"

Are we mindful of the voices outside of the Church and what they are saying?

How is our Church trying to listen?  What are we doing?

Are we listening as faithful followers?

Are we willing to give up our privilege to listen and learn?

Are we willing to share the truth of what we hear, when the truth isn't popular?

It's time to step up.  It's time to follow more faithfully.  The Spirit is speaking, let's listen.

Learning to Listen Leads To Life.