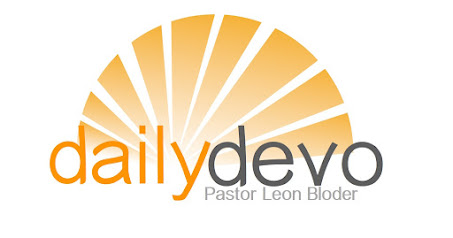 Today as a nation we honor the memory of the life and work of Dr. Martin Luther King, Jr. by celebrating what is now a national holiday, recognized by all 50 states.

The fight for this national holiday was contentious.  While the bill passed in 1983  (Despite the efforts of a filibuster by the former Klu Klux Klan member and long-time segregationist Senator Jesse Helms), it wasn't fully celebrated as a national holiday until 1986.

It wasn't until the year 2000 that every state in the Union finally celebrated Martin Luther King, Jr. Day, and to this day some Southern states still try to do it in conjunction with celebrations of Confederate figures.

These kinds of sad facts have largely been swept under the rug, but it's high time we confronted them.

This past year we have had to come face to face with the reality that despite all of the progress toward racial justice that has been made since Dr. King's death through legislation and education in America, we have so very far to go toward true equality for all people.

We've also had to come face to face with the fact that hundreds of thousands of our fellow citizens harbor so much hatred and bigotry in their hearts toward people of color, and that literally millions of them don't believe that systemic racism is a reality in our culture.

In his excellent work Strength to Love Dr. King wrote the following:

The reason so many people have not been able to get their hearts right when it comes to issues of racial equality in America is that they've been fed a steady stream of misinformation, fear-mongering, and outright lies for most of their lives.

And here's the uglier truth about this... a great deal of what they've come to believe has been inherited.  It came from their parents, grandparents, and extended family.  In other words, hate, fear, rage... all of it is most often passed down from one generation to another.

In the Hebrew tradition, God commands God's people to ensure that what gets passed from one generation to another is the simple story of how God rescued their ancestors when they were slaves in Egypt.

The story is told like this... "After we were slaves in Egypt for 400 years, God rescued us... God went before us in the wilderness... God led us to the Promised Land."

The way the story of Passover and Promise is passed down from generation is not as a detached story about ancient peoples, long forgotten.  The story is told and retold as a communal story, shared by everyone, connected even to generations unborn.

There are many among our sisters and brothers who continue to feel so deeply the long-lasting effects of the injustices of America's Original Sin of slavery. This isn't someone else's story--it's theirs.

And by extension, it is a story shared by all of us, regardless of the color of our skin... we all share a part of it, and for those of us who are imbued with white privilege... we need to own our part and repent of the ways we have not truly seen our black sisters and brothers.

But just as in the ancient Passover story, God in God's mercy continues to work in the midst of all of this, rescuing, redeeming, restoring, and resurrecting.  Despite the fact that so very many of us need our heads to be made right, so our hearts will follow... the Spirit of God never wavers in moving us all toward shalom.

On this day, let us acknowledge the work that has yet to be done toward true racial reconciliation and justice, but not grow weary in doing that good work.  Let us find ways to move forward to a more right and just society, toward kindness, empathy, charity, equity, and goodness.

And may the grace and peace of our Lord Jesus Christ be with us all today and every day.  Amen.