An Open Letter To The President-Elect 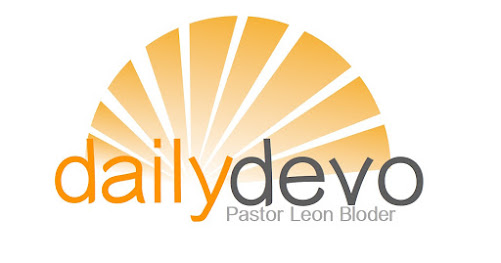 Today's Daily Devo is a bit different than usual.  I felt compelled to write an open letter to our new President (by noon today) as a prayer of sorts and a plea.

Today you will be sworn in as the 46th President of the United States after what has been the most contentious and divisive election in modern history.  Some historians have written that our country is the most divided it has been since the Civil War.

Millions of my fellow citizens still believe that you won the election because of fraud, and they seem unwilling or unable to consider otherwise.

There is so much misinformation, fear, hysteria, rage, and downright hatred within our public discourse right now and most of it has been stoked by cynical political leaders who seek to divide us all for their own personal gain.

The recent violent attack on our nation's capital is the culmination of how lies and misinformation have twisted the hearts and minds of so many people--so much so that they were willing to take up arms against their own country.

We're also reeling from the reality of facing a global pandemic that has taken the lives of 400,000 Americans, shuttered businesses, devastated our economy, closed schools, and left many of us feeling tired, hollow, and fearful.

And this past summer we were forced to acknowledge the real pain and outrage that so many of our citizens of color feel because of systemic racism, and its effects on their very lives.

City streets across America were filled with peaceful protests over racial injustice issues, but there was also violence and destruction in some of those streets, which broke our hearts, and filled many of us with fear.

These are the realities of the United States you have been elected to lead.  But there is so much more to us than this, and you have said over and over again how much you believe that to be true.

President-elect Biden, you said repeatedly on the campaign trail, and then after the election that you wanted to be a President for all of us.  Can I tell you how much this means to hear this, and how desperately we all want it to be true?

You also cast a vision of a hopeful future for an America that you say you still believe in... a country of people that can do "anything we set our mind to" when we do it together.

I do not envy the task that you and Vice President-elect Harris have before you.  I can only offer my prayers for you both as you engage in it.

I  pray that you both will have the strength and the forbearance to engage in the work of bringing our fractured country together.  I pray that you seek unity with accountability... reconciliation with truth-telling.

I also pray that you eschew the temptation to debase your detractors, resist name-calling and the demonization of your opponents.  I pray that you and Vice President-elect Harris will set an example of civility, decorum, kindness, goodness, and strength with honor.

You have been open about your Christian faith, and how it has guided you.  I pray that it will continue to be a guiding light for you and that you will demonstrate your love for God and for others through your words and deeds.

Please lead us wisely and well.  Pray often.  Listen to the wisdom of trusted advisors who want nothing more than the common good for all of us.  Let your critics instruct you on how to both listen and learn even from those with whom you disagree.

May you and Vice-President-elect Harris and all of your families be kept safe from harm.  May your hope in America never be dimmed.  May your days be filled with joy in the midst of the many challenges you will face.