An Example of Grace or Grace-lessness? 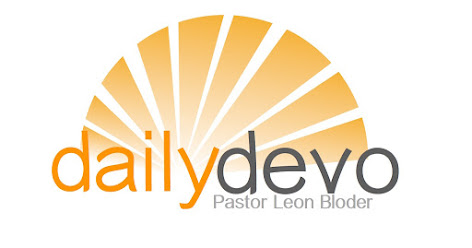 I grew up in the fundamentalist Christian world, enveloped in a tradition that was grounded in white Christian nationalism, not-so-subtle racism, an unhealthy adherence to biblical literalism, super misogynistic traditions, and really, really bad 70's hair-dos.

Seriously, I grew up thinking that bee-hive hair for women and combed over pompadours on preachers were not at all that odd.

But in spite of everything (including the hair-dos), I do have some fond memories of my upbringing within those flawed faith communities.  And let's be honest... what faith community isn't flawed, am I right?

Along those lines... I  got to thinking about my high school basketball coach and youth pastor the other day.

He was one of the many good-hearted, kind folks I encountered in my youth---people who didn't let the structures and strictures of the fundamentalist world turn them into angry, judgemental Christians.

I remember him taking time with me, letting me tag along when he ran errands, talking basketball with me, and even helping me get my first job.

With his recommendation, I  was hired at age fifteen by my Christian school and church to be the main landscaper for the church and school grounds.  I made $3.50 an hour cutting grass and edging the sidewalks, and thought I was rolling in dough.

But mostly, I just remember him being kind and grace-filled to me.  I am certain that his theological leanings were definitely in the fundy camp, but I don't remember it that way, which is saying something.

After I graduated from high school, I learned that he was unceremoniously fired from his position by the church leadership.  The reason they let him go was that his wife had an affair and left him.  You read that right.  They fired him because his wife left.

Sadly, their reasoning for cutting him loose came down to a wrong-headed,  literalistic interpretation of an out of context verse from the New Testament book of 1 Timothy chapter 3.

In that chapter, the author delineates the qualifications of an "overseer" or pastor and then poses this loaded question:

If anyone does not know how to manage his own family, how can he take care of God’s church?

I'm not going to spend a ton of time analyzing that text, but suffice to say there's way more to it than the fundy's believed... way more.

So on top of dealing with the shock of his wife running off with another guy, he was abandoned and shamed by the very community he'd given his life to support and serve.

I wouldn't say that was the last straw for me when it came to rejecting the church, faith, God, and most definitely religion... but it was most certainly one of the last few.

I would go on to spend the next five years or so completely embracing agnosticism, firmly believing that if being a Christian meant adhering to a grace-less, hard-hearted kind of faith, I wanted none of it.

I didn't realize it at the time, but I had kept the memories of good people like my coach tucked away, and it was those memories that kept the door to my heart cracked open just enough for faith to find its way back in again years later.

I haven't always been the best at showing grace to others.  None of us is amazing at it, truth be told.  But if we are going to be the kind of people who are compelling witnesses to what it means to be a Jesus-follower, we need to get better at it.

Christians have an unbelievably bad favorability rating in our current culture, and for good reason.  Far too many of us have traded our allegiance to Jesus for allegiance to anything or anyone but Jesus, and the dominant version of the Christian faith that has emerged as a result doesn't resemble Jesus at all.

And people who are outside the Christian bubble are watching the ways that so many Christians seem to have lost the plot when it comes to showing grace, or even the slightest bit of kindness, humility, and love.

I don't know about you, but I'd much rather be an example of grace than grace-lessness.  I also know that regardless of what your particular lane in the Christian movement happens to be, your first priority is living toward Jesus' example, and stumbling after Him the very best you can.

May it be so for you today and every day forward.  And may the grace and peace of our Lord Jesus Christ be with you now and always. Amen.