Thin Love Ain't Love At All 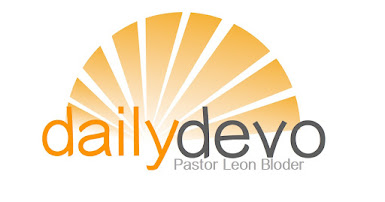 The election is officially over.

I get that there may be more shenanigans between now and January 20th, but still... the electoral college voted, and that puts a period at the end of the sentence.  It's over.

We should be able to move on now, right?

I wish it were that simple, but I'm afraid that we might be too far gone in terms of the acrimony, division, and outrage that have become such a part of our common discourse in the public sphere.

I kind of want to blame social media for all of this.  It's an easy target, to be fair.

Back in the day, all of our opinions, ideas, conspiracy theories, and outrage were confined to our living rooms or dining tables... or the breakrooms of our workplaces... or our cars as we drove along listening to talk radio.

Most of the time we were making our points to people who were right in front of us, and whose faces we could see if we said something hurtful.

Now, we can post anything we want on our social media platforms without really having to be accountable for what we say, repost, or affirm.

The worst that can happen is that we start an argument in the comment section of our feed, which can be easily remedied by deleting comments or blocking people who disagree with us.

But in the end, we have to take some responsibility for the way we have lost our ability to see one another, love one another, and care for one another---in spite of our differences.

Especially those of us who claim to be followers of Jesus...

I have to be honest here.  The people who seem to post the most inflammatory, negative, divisive, and sometimes downright nasty stuff on my social media feeds also happen to be self-proclaimed Christians.

We have to do better.

We have to learn to love one another again.  We need to learn to see one another in all of our glorious humanity, frailty, beauty, and complicated wonder.  We are so much more than the things that divide us.

Each one of us is created in the image of God, and when we lose sight of that, we do violence to the Gospel of Jesus Christ, and ultimately to one another.

In the first epistle of John we have this exhortation from the author:

Author Toni Morrison once wrote:  Love is or it ain’t.  Thin love ain’t love at all.

When we give lip service to the highest ideals of our Christian faith but then negate those ideals with the way we act... or talk... or the things we post on our social media... we are merely practicing thin love, which isn't at all what Jesus demands of his followers.

It's time for us to step away from the controversies and craziness for a while, and begin to talk to one another again.  Christians need to lead the way in this because we are called to not only love God but to love everybody with the love of Jesus.

May you be blessed with moments today and every day forward to practice this kind of love.  May you find moments to see and hear others more clearly, and to discover new ways to stand together on common ground.