Second Sunday of Advent: Be Prepared 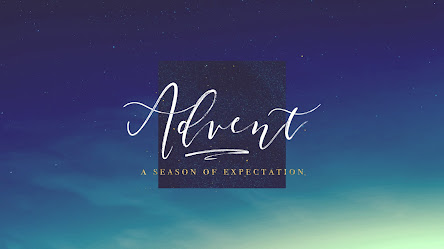 Today is the Second Sunday of the Season of Advent and we're going to continue our journey in an unexpected way... by hanging out with a street preacher in the desert.

The sermon this morning is going to be a bit different than usual on account of all of the festivities today.  So I am going to start off with the Big Idea that I am going to be working with as we dive into a passage of Scripture from Mark 1:1-8.

This is what I want us to hold on to today as we journey through this together:

Hope for the best, the worst can't hurt you...

Here's the passage for today from Mark's Gospel:

1 The beginning of the good news about Jesus the Messiah,[a] the Son of God,[b] 2 as it is written in Isaiah the prophet:

“I will send my messenger ahead of you,
who will prepare your way”[c]—
3 “a voice of one calling in the wilderness,
‘Prepare the way for the Lord,
make straight paths for him.’”[d]

4 And so John the Baptist appeared in the wilderness, preaching a baptism of repentance for the forgiveness of sins. 5 The whole Judean countryside and all the people of Jerusalem went out to him. Confessing their sins, they were baptized by him in the Jordan River. 6 John wore clothing made of camel’s hair, with a leather belt around his waist, and he ate locusts and wild honey. 7 And this was his message: “After me comes the one more powerful than I, the straps of whose sandals I am not worthy to stoop down and untie. 8 I baptize you with[e] water, but he will baptize you with[f] the Holy Spirit.”

Let's stop for a moment and really think about John the Baptist.  Here was a guy who was dressed as a wild man, but with a purpose.  It's not like everyone went around wearing camel hair clothes, a big old leather belt, and also made a point to eat locusts dipped in wild honey, so that was messed up even by 1st Century standards.

And then he posted up in the desert right next to the Jordan River in what is now southern Israel, just north of the Dead Sea.

But in the 1st Century, symbolism and location were super important to people, and especially for someone who was trying to make a point, and who had a mission.

Here's what it all means.  The clothes that John the Baptist wore were straight out of the Old Testament---he dressed just like the famous prophet Elijah, who basically appeared out of nowhere and then disappeared back into it.

And where John posted up to do all of his preaching and baptizing was a place of importance for Elijah's story and also for the story of Israel.

It was the place where Joshua led the people of Israel over the Jordan and into the Promised Land.

It was where Elijah crossed over the Jordan with his protege Elisha and then was taken up in a chariot of fire.

And now, here is John the Baptist, looking like Elijah, preaching and baptizing in a location that has such importance and real connection for the people of Israel, and also to the story of how God rescued and restored them during a time of crisis... more on that in a bit.

There's one of the accounts that relate the story of John the Baptist and it lists all of the people who gathered to hear him.  There were poor people, some rich, soldiers, tax collectors... all kinds of people.

But the people who are conspicuously absent from his audience are the religious types, the scribes, religious lawyers, priests, and the like.  That's important to note, isn't it?  More on that in a bit...

So back to the whole thing about the crisis of Israel's past.  John was taking them back to 1 Kings when a despotic king ruled with a despotic king---Ahab and Jezebel.  They led the people of God away from God, and lost the plot of what God wanted for God's people---even executing any prophet of God who disagreed with them.

It was a dark time, but God sent a prophet, a messenger in Elijah, and then God rescued the people of God.  It's like John is saying, "Remember your past... remember your stories... all you need to do is repent, and return."

The word that is used here in Greek is the word metanoia which means repent and return, undergo a transformation.  For those who are down with metanoia, there will be a rescue, you will get through this.

Tertullian, one of the ancient church fathers once wrote: "Repentance is more competent to heathens than to Christians."  Us religious types... We're a tough sell, aren't we?

We think we've got it all figured out.  We hear the same old stories from our tradition and think that we've moved beyond them that they hold no real meaning to us any more.

But now more than ever we need to remember.

We need to remember what John was doing here, and who showed up with him.  It wasn't the religious types... but guess who did arrive at last on the banks of the Jordan to step into the water and be baptized with the riff-raff and the outcasts... Jesus, himself.

Jesus got in line with us because we are called to remember our own baptism, to remember who we are, and whose we are.  And to know that no matter what is happening around us, we don't have to be afraid.

Remember your baptism and be thankful.

Remember your baptism and know that you are claimed.

Remember your baptism and be transformed daily.

Remember your baptism and don't live in fear.