Hold Your Ideas About God Loosely 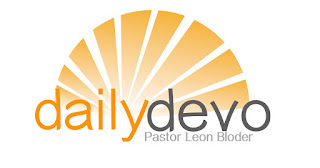 I've been listening to a lot of religious types in the news lately, many of whom claim to be speaking for God about elections, and viruses, or social issues like racial injustice, and climate change... among other things.

Or they happen to be attached to notions about God that have been far more harmful than helpful in making the Gospel known to a weary world in search of hope.

I got to thinking about Galileo Galilei this week, and how he was found guilty of heresy by the Roman Catholic Inquisition in 1633 simply because he promoted the theory that the earth revolved around the sun, rather than the other way around.

He was placed under "house arrest" until his death in 1642.  Astoundingly, the Church hasn't officially rescinded his conviction, although there have been moments when it appeared it might.

Madeleine L'Engle had this to say about Galileo's discoveries and why he was treated with such suspicion and hostility.  She writes:

Galileo’s discoveries did nothing whatsoever to change the nature of God:  they threatened only man’s rigid ideas of the nature of God.  We must constantly be open to new revelation, which is another way of hearing God, with loving obedience.

As we move forward as a society toward what we hope will be a more just, inclusive, and loving world there will be moments when those that hold rigid ideas of the nature of God will do their best to slow things down, to silence those who are speaking, to maintain the status quo.

And lest we think too highly of ourselves... we'll all be tempted to do the same from time to time---especially if the new things that we are experiencing, the new revelations of what God is up to in the world around us, are taking aim at our own comfort.

During this Advent season, we long for transformation... we look forward in hope for change that will bring newness of life, peace, and joy.  We also imagine a better world free from disease, division, and desperation.

But if we want to see these visions of a better world realized, we are going to have to be willing to hear God, to follow God, to experience God's new revelation, and then act with loving obedience despite the cost.

If we want to change the world, we have to start with our own hearts.  We have to hold loosely our ideas and beliefs about God, and what God is all about. We can't have clenched fists... we need open hands.

May this be true for you today and every day forward.  And may the grace and peace of our Lord Jesus Christ be with you now and always. Amen.