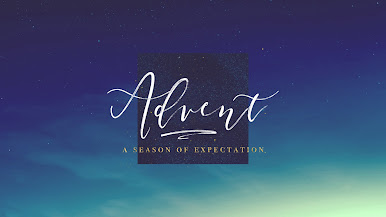 It's the last Sunday of Advent---this season of expectation---and we are going to take another unexpected turn as we hear the story of how an angel showed up and wrecked a young girl's life.

And this is what we are going to be holding on to today as our big idea--the one thing that I want you to remember from today's sermon:

Here's our text for today:

26 In the sixth month of Elizabeth’s pregnancy, God sent the angel Gabriel to Nazareth, a town in Galilee, 27 to a virgin pledged to be married to a man named Joseph, a descendant of David. The virgin’s name was Mary. 28 The angel went to her and said, “Greetings, you who are highly favored! The Lord is with you.”

29 Mary was greatly troubled at his words and wondered what kind of greeting this might be. 30 But the angel said to her, “Do not be afraid, Mary; you have found favor with God. 31 You will conceive and give birth to a son, and you are to call him Jesus. 32 He will be great and will be called the Son of the Most High. The Lord God will give him the throne of his father David, 33 and he will reign over Jacob’s descendants forever; his kingdom will never end.”

35 The angel answered, “The Holy Spirit will come on you, and the power of the Most High will overshadow you. So the holy one to be born will be called[a] the Son of God. 36 Even Elizabeth your relative is going to have a child in her old age, and she who was said to be unable to conceive is in her sixth month. 37 For no word from God will ever fail.”

38 “I am the Lord’s servant,” Mary answered. “May your word to me be fulfilled.” Then the angel left her.

Let's think about the reality of this situation here...

First, there's an angel that appears to Mary.  Is this too fantastic for us in our modern mindset?  It certainly wasn't for the first century, and honestly throughout Hebrew history there are all kinds of moments like this...

So for us, we need to be asking ourselves the question:  Why don't we recognize the "Gabriels" that show up in our lives in the same way.  Because God uses all kinds of "Gabriels" as holy interruptions.

I've had my fair share of those kinds of moments---when people I'd never seen before showed up unexpectedly to speak truth into my life before disappearing.  So who's to say that maybe... just maybe... people in the first century were able to see those angelic moments for what they were.  Maybe we have a problem with belief. Who's to say?

But let's shift to Mary herself.  What do we know about her?

Ordinary, but not without connections and means.  She was a Levite---the priestly tribe.  Her cousin Elizabeth was married to a priest, and there may have been more in her family.

She was a religious insider, in other words---but without any real power, or influence.  She was a teenage girl in a patriarchal culture---held in the ebb and flow of it, and the whims of those in her family structure who basically told her what to do and when.

Including what was probably an arranged marriage to Joseph, who by all historical understanding was much older than she was.  But that marriage secured for her a place in society.  She would have some status, she didn't have to worry about her future all that much, despite her lack of control. It was safe.

And she gave all of it up, so to speak when she said "Yes."

We shouldn't romanticize her by any stretch of the imagination.  To do so diminishes the impact of her submission to God's will and plan.

To say yes meant that she would put all of her future in jeopardy.  She could have been brought up on charges by her fiancee.  Just like honor killings are a thing in the Middle East today... they were in the first century for sure.

She could have been cast out, left to the whims of any man who would be willing to take her if she was lucky enough to be released from her betrothal.

Mary says yes to things that could have brought her disaster with no promise of anything except the potential of rescue for the world.

What do we take away from this?

1. God has a penchant for using the ordinary in extraordinary ways.  The Bible is full of these kinds of stories, but we see it happening all around us all of the time... and even in our own lives if we have the courage to say yes.

2. God's plan for saving the world requires people who will say yes.  What was true for Mary is true for us.  In many ways, she stands for us in this moment of the story. We all have the call before us to bring Christ into the world, and each of us has a lot to lose in the world's economy of success and safety by doing so.

3. Telling God "no" is just a really hard way of getting to "yes."  This has been so true in my own life.  I tried like the dickens to avoid saying yes to God and it cost me.  I slogged through a year of saying no before I came to it.

As we come to the end of Advent we have an opportunity to stand with Mary and hear the good news of Gabriel with her.  Christ is always arriving in the most unexpected ways, including through you and me.  It's time for us to put aside all of our fears and say yes.

Mary's yes overrides all of our nos.