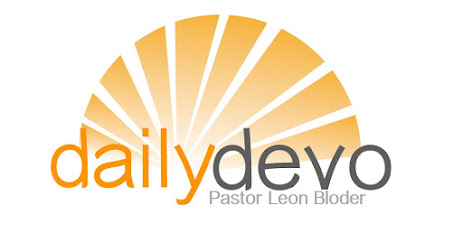 I read a story the other day that inspired me, and I needed some inspiration because all the news that day had been not-so-great.

Feroza Syed was waiting in a fast-food drive-thru lane in suburban Atlanta recently when she witnessed a man do something reprehensible.

Because his drink was served to him with ice (he'd ordered it without), he tossed the whole thing back into the drive-thru window, before racing off in a rage.  When Syed pulled up she found the young woman working the window soaked and sobbing.

Syed comforted the young woman and then tipped her $20, encouraging her to keep her chin up.  But as she drove away, she became more and more convinced that she couldn't let it go.

So she told the story on Facebook and other social media platforms and petitioned her friends to donate some money that she could give to the young woman, whose name was Bryanna---just to show her there was good in the world.

In the end, Syed was able to raise $1700, which she drove to the restaurant and hand-delivered to Bryanna, who was shocked and overwhelmed with gratitude.

I  loved this story.

The first part of it highlights the current state of so much of our culture right now. That guy embodied so much of what we see on our social media feeds, on the news, at political rallies...  People acting with an overblown sense of entitlement, full of phony outrage, marked by pettiness, and thoughtlessness.

And Feroza Syed decided that she would do something different than what she'd seen.  She didn't take a photo of the guys' license plate to find out who he was so she could publicly shame him.  He wasn't all that important in the end. Truly.

Instead, she decided to do something to change the circumstances for the young woman who'd been shamed, humiliated, and made to feel less than human.

It doesn't matter what we say about ourselves or what we believe.  It's what we do that demonstrates our true feelings.

Far too many Christians these days demonstrate that it doesn't really matter what they say about loving God and others because their actions reveal a decided lack of that core belief or at the very least a selective kind of belief that applies only when they feel like it.

So many of us seem to have forgotten the very words of Jesus who exhorted his followers to live differently with these words:

So in everything, do to others what you would have them do to you, for this sums up the Law and the Prophets.

That last bit means that pretty much the entire Hebrew Scriptures were all about treating other people the way you want to be treated... about matching what you say with what you do.

Moments like the one I highlighted today need to be shared.  We need to hear this kind of good news more often---the kind of news that demonstrates God is still in the resurrection business all around us, all of the time.

May you seek today to be more aware of the ways that what you say you believe may not be lining up with what you do, and how you act.  May it convict you, and encourage you to live better.

May you begin to change the world around you, one moment, one person, one grace-filled gesture at a time.  And may the grace and peace of our Lord Jesus Christ be with you now and always. Amen.