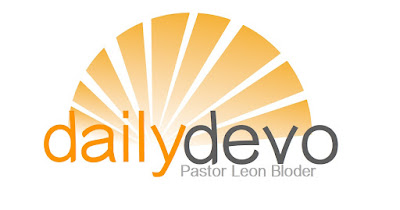 When I was at the gym yesterday working out with my trainer (we were all masked up and safe, just to be clear), I noticed a middle-aged woman who was doing some kind of dance routine in front of a large mirror in front of us.
It wasn't a pretty sight, to be blunt. She would fling her arms awkwardly into the air and then spin around in an ungainly fashion.  She would try to do splits, but couldn't make it all the way down to the floor, and would sort of collapse at the end, roll out of the collapse and then spring up to start again.
I remarked on it to my trainer, who raised her eyebrows and said, "Every day.  She does that every day."
In between being tortured by reverse lunges, and other hideous exercises, I would watch the Dancer continue to flail about to the music she was listening to on her headphones... spinning, falling, rising, and jumping...
And then I noticed something beautiful.
It was the look on her face.  She was smiling throughout the whole thing.  And when she would catch sight of herself in the mirror, she would beam.  Not once did she seem to care what anyone thought of her.  She was consumed by her dance, and the joy it brought her.
She didn't care if her routine was perfect---it brought her joy to dance and that was enough.
At that moment I wished more than anything that I could be more like her---to live my life without worrying what people thought of me.  I bet there are more than a few of you out there who feel the same.
Far too many of us spend so much time and energy analyzing how we are being perceived... how our actions are being interpreted... if we are doing enough to please everyone else... and then we either forget or refuse to dance.
There's a story in the Hebrew scriptures about King David, who danced in his underwear at the head of a parade in honor of God.  His wife Michal snarked at him about it, and he declared that in joy and worship of God he would go even further:

Yes, and I am willing to look even more foolish than this, even to be humiliated in my own eyes!

I've always liked that story, but have never really had the courage to go as far as David went.  But still...
I read this beautiful poem by the 13th-century poet Rumi recently, and called it to mind this morning:
Dance when you’re broken open
Dance, if you’ve torn the bandage off
Dance in the middle of fighting
Dance in your blood
Dance, when you are perfectly free.
Right about now, you and I could use some freedom to dance.  It's been a long, hard, and uncertain year.  Many of us have begun to second guess ourselves more than usual.  We worry about how we are perceived.  We might feel wounded and raw.  We hold back.
Maybe it's time to dance again.
Maybe it's time to dance for the first time in a long time.
You might feel like you have forgotten how, but you really haven't.  It's still in you to cut loose and let some joy take over for a change.  Who cares who is watching?  It could be that your letting yourself feel the rhythm and move is just the thing to give them hope---to turn their amused looks into longing.
Let's go there.  We've been shuffling along for far too long now.  It's time to spin, and leap and act like a fool in the presence of Love---the kind of Love that has the power to change the world... to turn the darkness into light.
May the grace and peace of our Lord Jesus Christ be with you now and always. Amen.