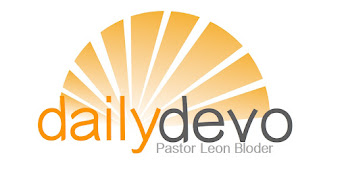 I decided to take a couple of days off this week---trying to use up some of the over two weeks of paid leave that I have left and to take a bit of break.  So I've been out of town and doing my best to not obsess over what's going on with the election right now.

I also said that where we are right now with an unresolved election (at this writing) is the exact opposite of what I was hoping and praying for.

I thought that by the time you read this on Thursday morning that it would be resolved, but alas... that's not to be the case.  I  am also aware that there may be challenges... and lawsuits... and shenanigans that either prevent that resolution this week or at the very least will cast a shadow on it.

I'm also trying desperately to practice what I preach, pay attention to what I'm writing, and actually live my faith the way I have been exhorting us all to live our faith.  It's not easy sometimes, to be honest.  Especially when there's a lot to be tense about in the world.

As I've been watching the election coverage on TV for the past few hours, I am coming to some realizations, and here they are in no particular order:

1. Polls are not only unreliable, but they have also actually become misleading.  It's probably due to the way polls are conducted (over the phone, for the most part), and because I'm convinced people aren't entirely truthful when they respond to them.

2. Our country is very, very divided. We have known this as an abstract idea, but you can look at the election maps being displayed on all of the news channels, and see it quite clearly in the concrete.

3. There's also this... Whoever wins this has an opportunity to unite our country---IF they resist the temptation to engage in vengeance.  IF they decide to put down their weapons and extend olive branches of peace.

Let me pick up on that last thing because it deserves some attention.  And let me do it like this, with a quote from Abraham Lincoln's 2nd Innagural Address.  Lincoln could have saber rattled, threatened, outlined his plans for vengeance against the South, but he didn't.  Instead, he said this:

With malice toward none; with charity for all; with firmness in the right, as God gives us to see the right, let us strive on to finish the work we are in; to bind up the nation's wounds... To do all which may achieve and cherish a just, and lasting peace, among ourselves, and with all nations.

Lincoln didn't shy away from hard words for those Confederates who would continue perpetuating the war, but his closing statement offers an unmistakable olive branch.

And there's plenty of evidence to suggest that if his life hadn't been taken by an assassin, Lincoln would have made good on his promises.  I often imagine how different our country would be today had he lived.

In the coming days, it will be important for us to model the kind of behavior that we want from our leaders.  We need to find ways to unite rather than divide.  We need to discover new ways to be connected with one another over our common struggles, our common joys.

If you are dismayed by the divisions in our country that you see highlighted today...  If you can't understand why anyone would vote for "that other guy" regardless of who you favor...

This is a perfect moment to mature in your faith and to embody Jesus to those with whom you have disagreements.  If they don't receive your grace at first, keep trying.  Sometimes it takes time for us to build trust, and to break down barriers.

And I have my own work to do as well.  Trust me on this.

May you discover reservoirs of grace that you never knew you had.  May you find opportunities to unite and bring peace.

May you also realize that regardless of the outcomes of elections, there are so many things in your life to be grateful for, to share, and to hold in common with those around you.