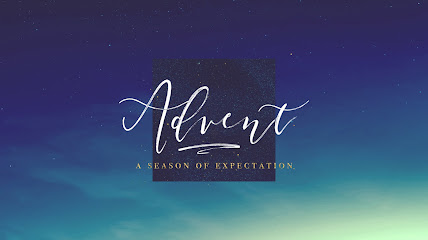 Today is the First Sunday of the Season of Advent---Advent is a season of expectation when we begin to look forward to the coming of the Messiah, and the promise of hope for a troubled world.

I don't know about you, but I am expecting something a whole lot better than what we had this past year.  That's what I want for Christmas, y'all!

Today I am going to be talking about what it means to be awake, and alert to see what God is doing in the world around us---so we can live in expectation with some measure of awareness that it's going somewhere good!

First, we're going to watch a video.  What I want you to do is to watch this video and count how many times the people in white shirts pass the ball.  Pay close attention to the people in the white shirts so you can count.  I'll reveal the number on the other side of the video.

But did you see the gorilla in the video?  Did you miss the fact that a gorilla literally walked into the scene while you were counting?

Over half the people who watch this video and follow the instructions miss the gorilla, so don't feel bad.

So the question we need to ask ourselves is this:  How often does this happen to us in other parts of our lives?  How often do we miss what's really going on because we are focused on something else?

How often do we miss out on the presence of God because we are too distracted?

One of the terms that get thrown around a good bit these days is the term "woke."

There are a few definitions of the word like this one from Merriam Webster:

But the Urban Dictionary has this to say about the word:

Woke (adj.):  The act of being very pretentious about how much you care about a social issue

"Wokeness" may have become a cliche, but Paying Attention never goes out of style.  And that is what we are asked to do as people of God... Pay Attention.
How well do we do this when it comes to God, and what God is up to?
What exactly are we expecting from God?  Especially this time of year when we are talking about expectations, hope, and a better world... what are we expecting
The problem that you and I face is that we have let our familiarity with the story of how God became one of us in order to rescue all of us taint the way we view it and subsequently it has also tainted the way we expect just what we want, and nothing more.
If God becomes human, it becomes all too easy to make God look like us... act like us... speak like us... vote like us...   And yet God keeps showing up in unexpected ways all around us all the time, and most of the time we miss those moments because we are too busy looking for... ourselves.
Our attention is required to keep our senses from being dull during a time of crisis--it's about more than just keeping your eye on the ball.
We're going to be reading an odd passage of Scripture today from the Gospel of Mark chapter 13:24-37 in just a few moments.  And we're going to discover what it takes to not just be "woke" but to be alert and to be paying attention.
Here's what I want you to know today:
Stay Awake!  Don't Miss What God's Going To Do Next
Mark 13:24-37 reads like this:

24 “But in those days, following that distress,
“‘the sun will be darkened,
and the moon will not give its light;
25 the stars will fall from the sky,
and the heavenly bodies will be shaken.’[a]
26 “At that time people will see the Son of Man coming in clouds with great power and glory. 27 And he will send his angels and gather his elect from the four winds, from the ends of the earth to the ends of the heavens.
28 “Now learn this lesson from the fig tree: As soon as its twigs get tender and its leaves come out, you know that summer is near. 29 Even so, when you see these things happening, you know that it[b] is near, right at the door. 30 Truly I tell you, this generation will certainly not pass away until all these things have happened. 31 Heaven and earth will pass away, but my words will never pass away.
32 “But about that day or hour no one knows, not even the angels in heaven, nor the Son, but only the Father. 33 Be on guard! Be alert[c]! You do not know when that time will come. 34 It’s like a man going away: He leaves his house and puts his servants in charge, each with their assigned task, and tells the one at the door to keep watch.
35 “Therefore keep watch because you do not know when the owner of the house will come back—whether in the evening, or at midnight, or when the rooster crows, or at dawn. 36 If he comes suddenly, do not let him find you sleeping. 37 What I say to you, I say to everyone: ‘Watch!’”

This passage is considered an apocalyptic saying by Jesus.  But when we use the word "apocalyptic" in the way that the ancient Biblical authors would have used it, it means that the meaning of his words was easily discernible by those who heard them or those who were reading them after the fact.
Most scholars believe that Jesus was predicting the destruction of the Temple here which would happen forty years later in the year 70AD.  In fact, scholars like John Dominic Crossan and Marcus Borg believe that Jesus was constantly pointing out the folly of insurrection, the foolishness of the kinds of a revolution that would bring destruction.  He advocated for something different, something more subversive, something that would start a movement.
The religious and political leaders in Jerusalem ignored him though.
The destruction of the Temple was a huge issue for 1st Century Jews and for those 1st Century Jews who also happened to be Christians.  What do you do when the center of your religious expression is destroyed, taken from you, never to return?
Here Jesus points to the cost of sleeping when the call that God is offering to each of us to is to see remain awake and to work.
Jesus was trying to teach is that God is not confined to a building, but you have to be alert to experience God outside of the contexts where you thought God was going to predictably show up.
But there is a cost to being asleep and inert in the moments when God is at work. There is a cost to having our senses dulled to the presence of God around us in unpredictable places.
One of the great examples of this is when Jesus tells his disciples to stay awake and pray for him on the night that he was betrayed by Judas.  While the disciples slept, Judas was on the move, and the powers of darkness had a moment.
This is another question that Jesus seems to be addressing here, too.  Who is at risk when God's people slip into spiritual slumber?  Who is left behind?  Who is taken advantage of?  Who is misled?
During a time of crisis, we need to stay alert and pay attention.  We may not know what is to come, but if we are awake we’ll see the signs of Who is about to arrive.
The Call for us This Advent:
To Watch--it can be hard to see sometimes, clear the fog.
To Wait--waiting can cause disillusionment--we need to stay hopeful.
To Work--the work can get difficult, don't give up.
Help is on the way.  The night is going to break.  The light is going to shine.
Stay awake!  Don't miss what God's going to do next.