This Is How We Change The World 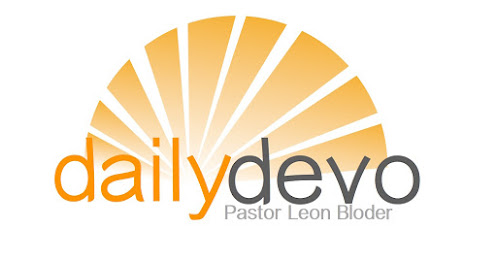 Tuesday night I watched the first (and hopefully the last) presidential debate of this election.  My middle son begged me to watch it with him because he is very interested in politics, and fully engaged in this particular election.

After the first few minutes of what can only be described as a chaotic, dumpster fire, disgraceful excuse for an actual debate, I turned to him and said, "This isn't a debate, it's a debacle."  He glumly agreed.

At that moment I was filled with such mixed emotions.

On the one hand, I was proud that my sixteen year-old kid is so well-informed and passionate about politics, and social issues.  He sees that there is so much inequity and injustice in our world, and he wants to make a difference.

But I was also mindful of the fact that what he has witnessed over and again from far too many of our elected leaders is a calloused disregard for civility, and an outright disdain from anyone who disagrees with them.

That debate was merely the logical outcome of what has been building within our society for the last several years.  It was a mirror for our culture, and the reflection was ugly.

We have to do better as a society for the sake of our children and grandchildren, all of whom are coming of age in this hostile, uncertain and seriously divided culture--a culture that was not of their making, but will be left to them to figure out.

Wendell Berry once wrote:  The mistakes of the old become the terror of the young.  It's high time for us to own our mistakes, and restore what has been lost as a result.

And for those of us who call ourselves Christians, there is much work to be done--both within Christianity itself, but also in the world around us.  If our leaders can't or won't lead in this, we must.

But first, there needs to be a reckoning within Christianity itself.

I'm going to say this plainly, and I might lose a few subscribers after I  say it, but so be it---it needs to be said:

If you watched that "debate" and found nothing wrong with how it went...  If you weren't disturbed by what was said, and also what was not said about the very real problems we are facing right now... If you felt the tone was just right...

Then I am going to humbly suggest that you are you are probably not standing where Jesus would be standing.

And if you are wondering, you don't have to dig that deep to know where Jesus would be standing... and it's also not that hard to see that it wouldn't be with the overly-religious, the politically corrupt, or the rich and powerful.

In their quest to be right, too many Christians end up on the wrong side, not only of history, but also of the Scriptures themselves---particularly the Scriptures where Jesus is talking.  Jesus called people who do that hypocrites.

For a group of people who are supposed to be relying on the loving grace of God for their redemption and restoration, these aforementioned "Christians" seem to be more concerned with winning than they are with fulfilling Jesus' command to "love God and love everybody."

Author and speaker Bob Goff got this just right when he wrote:

Here’s a pro tip: Don’t be “right”; be Jesus.  Be the one who brings people together and is self aware enough to know the purpose of our lives is to lift everyone up, not put people down.

This is how we change the world, friends:

When those of us who say we follow Jesus repent of our addiction to being right, and instead just do everything we can to be more like Jesus...

When we speak the words of Jesus himself, rather than putting our own words in Jesus' mouth...

When we speak the truth to power and call out those who would seek to divide, tear down, exclude, exploit, bully, spread hate, lie, extort, corrupt, pollute, plunder and terrorize...

There needs to be a reckoning in Christianity.  It's time for those of us who long for a better world to rise strong and be brave, and know that if we stand with Jesus, speak like Jesus and act like Jesus... that better world is possible.