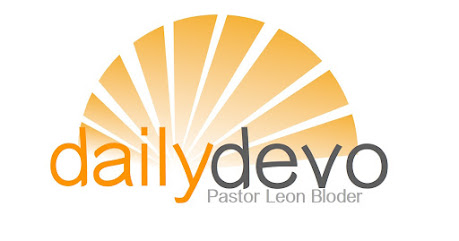 One of the most memorable church outreach moments in my pastoral career occurred when my marketing director and I  came up with a billboard design that garnered a lot of attention but also ticked off a handful of our church members.

The billboard was right on one of the busiest roads in our city, and we designed it with the following words printed on it in really large letters:  Reject Religion. Embrace Jesus.

In smaller print right below that was our church name, logo, and website.

I kind of figured that a few of the stodgier folks in my congregation might get a little peeved by such a billboard promoting our church, but I didn't count on how many of them were out there.

A lot of them existed, as it turned out, and they were super unhappy.  I  fielded phone calls, answered angry emails, and had a few of them show up to the church office ready to do battle with me over it.

No matter what I  tried to tell them about the way the world was changing, and how suspiciously emerging generations viewed institutions like the Church or Religion, they didn't seem to care all that much.

The word "religion" meant something different to them.  It spoke of certainty, safety, consistency, immutability... all of the things that are important if you look out and see the world constantly shifting, changing, and transforming.

Their anger was fueled by fear, and I wasn't wise enough to really see it well then.  If I had I would have been able to help them see more clearly that the idea of rejecting "religion" in favor of following Jesus more fully is something Jesus would have approved of.

Jesus didn't come to start a religion.  In fact, he spent a lot of time critiquing religion and pointing out how it fell short in helping people live abundant lives.  What Jesus favored was a deeper spiritual connection with God and with others.

Also, religion seems to be the preferred refuge of those who are afraid to admit they're broken and messed up.  In my experience, the kind of people who get upset at exhortations to "reject religion" are more inclined to see the church as a country club rather than a hospital... which it is.

I recently re-read a quote from Richard Rohr that speaks so pointedly to this:

The fact of the matter is that deep down inside we are all the same.  We all long for more when it comes to the Divine Presence in our lives.  The problem is that some of us are more willing than others to embrace our own frailty to get to it.

I love the story of "Doubting" Thomas from the Gospel of John.  (Incidentally, I don't think he doubted, but that'll keep for another devo.) When Jesus appears to Thomas, he holds out his scarred hands and shows him the wound in his side.

It's like he's saying to Thomas, "Even these belong.  These scars, these wounds.  They belong."

You don't have to have it all together to follow Jesus.  In fact, Jesus seemed to prefer the exact opposite.  And he definitely had a lot of hard things to say to people who seemed to lean too heavily on their religion for affirmation.

You also don't have anything to prove to anyone by acting like you have it all together either.

If you've always imagined all those "religious" people out there are thinking that you are a reprobate, know this: they're probably just as messed up, or more than you are. And maybe your courage in just being yourself could very well be an example for them to do the same.

So, dear friends.  Let's all reject religion a bit today, shall we?

Embrace your frailty, embrace your unfinishedness, have the courage to admit that you are a work in progress.

Because when you do, you shed yourself of the pride, stubbornness, and willfulness that keeps you from fully embracing Jesus...

Who, by the way, is so much better than you at redeeming, restoring, and resurrecting your life.

May this be true foryou today and every day. And may the grace and peace of our Lord Jesus Christ be with you now and always. Amen.