That's What They'll Say About Us 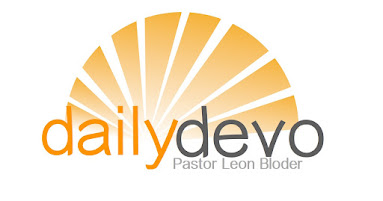 I was at the grocery store yesterday and I walked up behind a young father who was shopping with his little baby.  I usually don't spend a lot of time studying other people's kids, but for some reason this little guy and his dad caught my eye.
The baby was sitting in the child safety seat in the front of the cart, intently watching everything his dad was doing.  The man stepped away for a moment to pick something out of a cooler, and the baby's eyes widened, and a concerned look flickered over his face.
Then the man returned to the cart and he received an enthusiastic greeting from his little son, whose legs began to kick wildly and he jabbered a bunch of nonsense that seemed to make sense to him, but no one else.  He squealed as he pointed to the sky, and then the cooler.
It was almost like he was saying:
"You came back!  You came back!  And I thought for a minute you weren't going to come back, but you came back!  And you brought something that you got from that thing over there!  Hooray!  I watched you do it.  And you came back!"

There was so much delight in the little boy's face that I found myself caught up in the moment with him, and couldn't help but smile beneath my mask.  And just for a moment I had the strangest confluence of bittersweet emotions---a kind of sadness mixed with joy.
Interestingly, later that day I read a poem by an 18th century Japanese poet (as you would, right?) named Kobayashi Issa who wrote:
Children imitating cormorants
are even more wonderful
than cormorants.
As I read this beautiful, simple poem, I couldn't help but think of the moment in the grocery store, and how I smiled.  I smiled even though I was hurried, harried and not feeling at all like smiling.  And then the sadness came.
Why did I feel sad?
I couldn't get to it right away, but I finally realized where it came from.  You see in that moment what flashed across my mind was a simple question, "What kind of world will he grow into---this little baby, cooing and laughing in that grocery cart?  What kind of world?"
I've been thinking about this a lot lately---about the kind of world that is emerging from all of our recent trials and tribulations.  I am trying so very hard to see God present in all of it because I am holding on to the hope that there is resurrection on the other side of all of that has been lost.
And I choose to trust that God is still a God who loves raising the dead, restoring what is broken, redeeming the time, making all things new.  I also feel within the very depths of my being that there is work for us to do as we join God in God's work.
I heard a song today by the artist Finneas O'Connell that had a line that struck me as both beautifully hopeful and also deeply challenging.  It went like this:
We've got the time to take the world
And make it better than it ever was...
That's what they'll say about us
We have been given a moment to take the world and make it better than it ever was.  This is holy work, Beloved.  It's Divinely ordained work that we have to take up with all of the strength we have left, knowing that even if our strength isn't enough, God's is.
There is both joy and sadness in this knowledge, to be sure.  But we'll need both in order to be fully present in this moment, and to do what must be done.
This is our moment.  Let's not waste it.  May future generations say of us that we didn't falter when our time came to be the hands and feet of Christ, the embodiment of Divine presence, the evidence of the Spirit on the move.  There's work to do, and God beckons us to join in it.
May you be enlivened by this brave and startling truth, and may the grace and peace of our Lord Jesus Christ be with you now and always. Amen.