Now That Is Good News 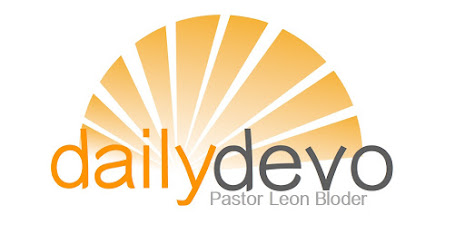 "What kind of church do you pastor?"

The guy asking me that question had just spent the better part of ten minutes telling me all about his church, his thoughts on the "lost" culture of our country and how everything had gone to hell in a hand basket ever since "they" got rid of prayer in schools.

We were at a community event, and I was doing my best to just blend into the background, drink my beer and not "talk shop."  But he was insistent.

I told him that I was the lead pastor of a Presbyterian church in Austin, TX, and his brow furrowed a bit as he took in what I was saying.

"I don't know that much about those kinds of churches," he said.  "I guess what I want to know is if your church preaches the Gospel. Because a church that doesn't preach the Gospel isn't any kind of church at all."

Then he went into a long, rambling, incoherent explanation of what "the Gospel" meant to him.

In essence, what he believed to be the "good news" (which is what the word "gospel" essentially means) is that if you become a Christian you get to go to heaven when you die, and don't have to spend eternity in hell, which is where you go if you are "lost," or not a Christian.

There were other things that he included in his explantation--things that he asserted "believing" Christians needed to embrace.  Most of these things had very little to do with anything that Jesus taught, and more to do with his own political and social leanings.

I listened to him, and then I said:

"I guess my understanding of the Gospel is a bit different.  I believe that the Good News of God's grace is bigger than we can possibly imagine."

I went on to talk about how Jesus constantly sought to broaden the view of those who heard him.  He wanted them to understand that if the Good News isn't "good news" for everyone, it isn't good news at all.

Then I told him that in keeping with Jesus' teachings, anything that is being sold as "good news," but is oppressive, narrow-minded, classist, racist, homophobic, misogynistic, nationalist, etc. is the furthest thing from "good news" you could get.

I recently read a wonderful quote about the Gospel from author and pastor Rob Bell in his newest book Everything Is Spiritual :

My conversation with the guy that night eventually came to a close, and it was time for us to move on into the evening.  As we began to part ways,  I imagined for a moment that he was thinking me to be some kind of heretic, and had assumed I would simply agree with him.

But before we parted, he turned to me with a thoughtful expression on his face and said, "You know, I've never heard any of that before.  It's a lot to think about. Thanks for sharing."

I was surprised by that admission, to be honest.  I'd thought I had him pegged, which taught me another small lesson about my own assumptions.  I told him that it was indeed a lot to think about, but that it was absolutely worth the effort.

It is worth the effort... all of our effort.

And that is Good News.