Time For A Change? 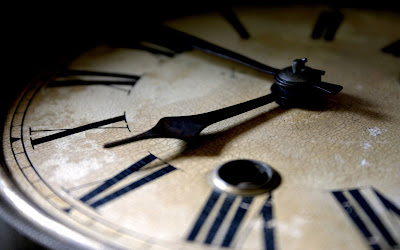 All of the direct quotes for this blog are from "How We Got To Now: Six Innovations That Made the Modern World."  by Steven Johnson

In the early 1600's, Galileo Galilei, made an observation in the Duomo of Pisa, when it shook with earth tremors.  The long swinging incense burners and lamps that hung from the ceiling all swung in a unified fashion according to the length of the chains that suspended them.

This observation would eventually lead Galileo to create the first pendulum clock.  It would also lead him to a fuller understanding of the universe, and the fact that Earth revolves around the Sun, and not the other way around

This assertion was believed to be heresy by the Catholic Church.  In his heresy trial in 1633, the following was read to Galileo following his conviction:

“We pronounce, judge, and declare, that you, the said Galileo… have rendered yourself vehemently suspected by this Holy Office of heresy, that is, of having believed and held the doctrine (which is false and contrary to the Holy and Divine Scriptures) that the sun is the center of the world, and that it does not move from east to west, and that the earth does move, and is not the center of the world.”

It's hard to believe, but roughly 230 years later, people were still struggling to come to grips with a traditional understanding of the universe and time that wasn't rooted in mysticism, church teachings, and a literal interpretation of certain Scriptures.

In 1869, the United States had 8,000 towns across the country connected by over 100,000 miles of railroad.  Each one of those towns set their clocks and watches based on the position of the sun in their own particular context.

The result was hundreds of potentially different clock settings, which complicated arrival and departure times of trains, made things absolutely miserable for the railroads, industries who relied on the railroads, and passengers.

It was a logistical nightmare, one that the British had resolved by standardizing their time on a national level.  Many Americans, however, resisted such things, and vehemently so.  Standardized time was treated by many of the citizens of those 8,000 or so towns as something akin to an affront to God, or at the very least an act against nature.

A newspaper in Cincinnati published the following editorial opposing standardized time in the United States:  "Let the people of Cincinnati stick to the truth as it is written by the sun, moon and stars."

Now we just all accept that if it wasn't for a standardized way of measuring time, the world as we know it would cease to exist.  Computers would not function.  Travel would be impossible.  Something as simple as a phone conference with global business partners would be a nightmare.

But at one time, even the suggestion that the world wasn't the center of the universe produced incredible anxiety and anger.

Not much has changed, honestly.

Sometimes even in the face of change that is vital, necessary and inevitable, many of us dig our heels in out of fear, superstition, traditions, religious beliefs and the like.

The world keeps on turning.

A fact that the Catholic Church did not officially recognize until the 1930's when it finally pardoned Galileo, clearing his name.