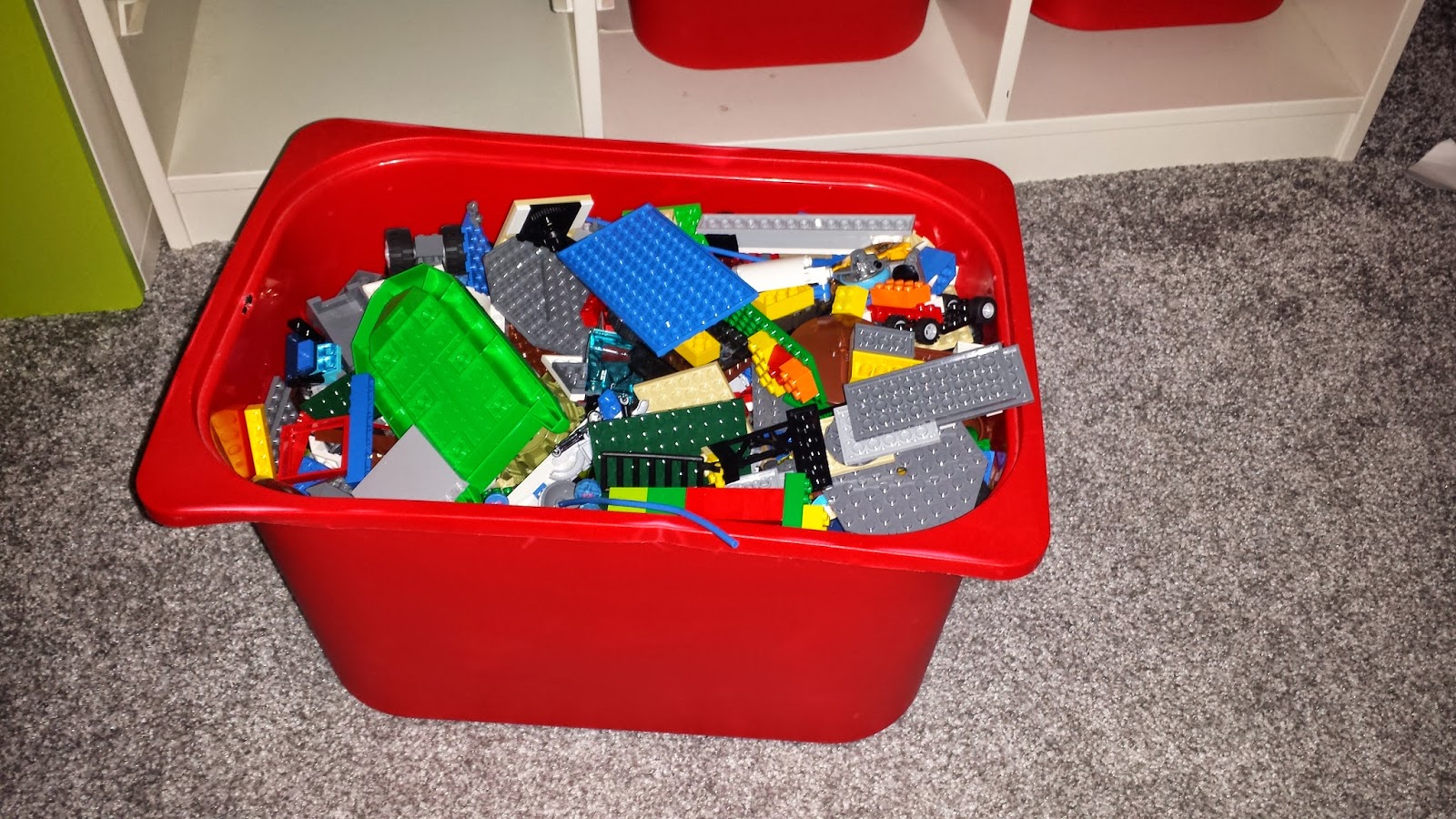 My ten year-old son has been building an elaborate Lego set that he got for Christmas for the past several weeks.  It was so enormous it took him a couple of months to even gather the courage to begin it.  He works on it in the playroom, taking great pains to keep his emerging creation away from his four year-old brother, who would almost certainly destroy it before it got started properly.

Each time he completes a portion of the Lego set, he hides everything out of reach of his brother in a place of safekeeping.  He's been patient.  Whenever he has a free moment, which isn't often, he pulls it out and works on it a little more.

The other day he brought it out to show me how much he'd gotten done.  It was fairly impressive, I have to admit.  And he's done it all on his own, without any help from me--which is a first for a set this large.

Here's the thing, though.  At some point it's going to get trashed.  Something bad will happen to it.  He'll take it down to play with it, or something will get thrown, or there will be an unfortunate incident with the cat.  And it will end up with huge portions of it falling to the ground and exploding in a zillion Lego pieces.

I've been down this road before.

And this thing that took my son hours to build, and of which he is so proud will find its way into the Lego bin in the playroom with all of the other sets that met a similar fate.

Then a few weeks from now, my son will return to it and start making something new with what's left.  It will be after he's had time to properly mourn the loss of what was, but he'll do it eventually.  And then he'll come into the living room to show me what new imaginative creation that he built with no instructions--just his own creativity.

I suspect that God sees us much the same way.  We work so hard at things--trying to create something beautiful with the instructions that we have been given.  Maybe the instructions were good ones that we got from our church or from Sunday school or youth group.  And then life happens.  Other people happen.  Things get thrown at us and the things we've made.

And they fall apart.

But when we've had time to grieve, and to lament there will come a day when we'll be ready to believe again, to hope again...

And to build again.

Only this time we'll do it differently.  We'll use what we learned from the instructions, to be sure. Only now we know that the instructions weren't the only things we needed to make beautiful things.