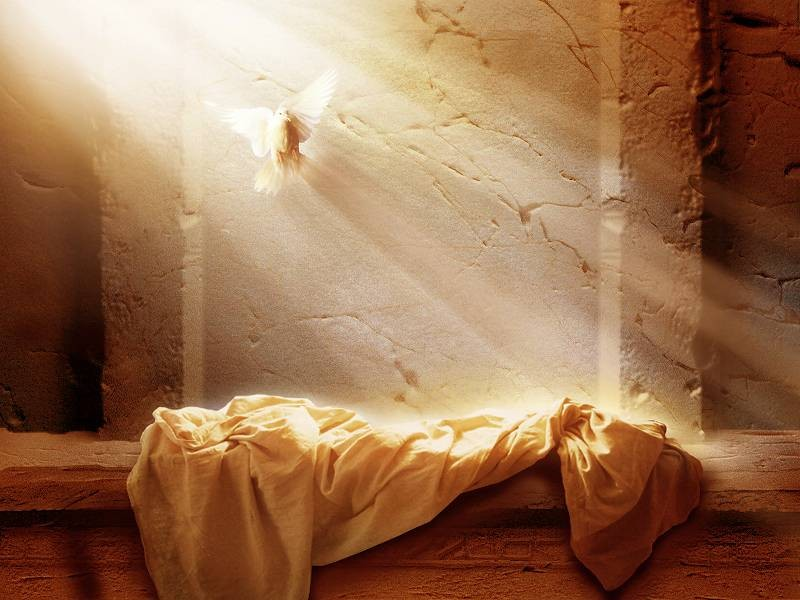 Later this month, my wife Merideth and I will be leading a group of over 35 people from several different churches on what will be our third trip to the Holy Land as a couple.  Honestly, I can’t wait to return to Israel.  It is a special place to me personally—a feeling I am sure that anyone who has been there shares with me.

While we are on tour in Jerusalem, we will visit a first century tomb on a site that has come to be known as “The Garden Tomb.” Whether it is the actual site of the tomb of Christ, as opposed to the traditional site under the Church of the Holy Sepulcher is a matter of some debate.

But what I do know for sure is that the tomb we’ll visit at the Garden Tomb site is empty.  So is the tomb under the Church of the Holy Sepulcher—it’s empty as can be.  And, for that matter, so is any other tomb that might be uncovered and thought to be the real tomb of Jesus.

Because Jesus is risen, my brothers and sisters.  He is risen indeed.

Here’s the thing, though.  Lots of people don’t really get that Jesus is risen.  The idea that God could take on human form and be here among us is a stretch for some folks, and it’s even more of a stretch for them to believe that this same God in the flesh was crucified, dead, buried and then raised from the dead.  Dead people don’t come back to life, right?  Miracles like that are just—impossible.

The phone I hold in my hand has more computing power than all of the computers that were used by NASA during the space race and beyond.  Even ten years ago, that fact alone would have been thought to be impossible.

Quantum physicists keep finding new subatomic, and sub, sub atomic particles that defy imagination and that do not behave as they ought to behave.  There is a universe in the atoms within us—a universe that is so unbelievably mysterious that scientists are saying things like, “That—that thing right there—that particle, that boson, that tiny, tiny, thing in the almost infinite space between the atoms in everything—it’s doing the impossible.”

So, if someone asks you, “Do you really believe in the Resurrection? It sounds kind of impossible.”  You should reply:  “Sure, I do.  How could I not?  It’s impossible.  Isn’t that the point?” After all, Jesus himself said, “With God all things are possible.”  The signs of the Resurrection—of the impossible being made possible are all around us.