Dude, You Have A Speck 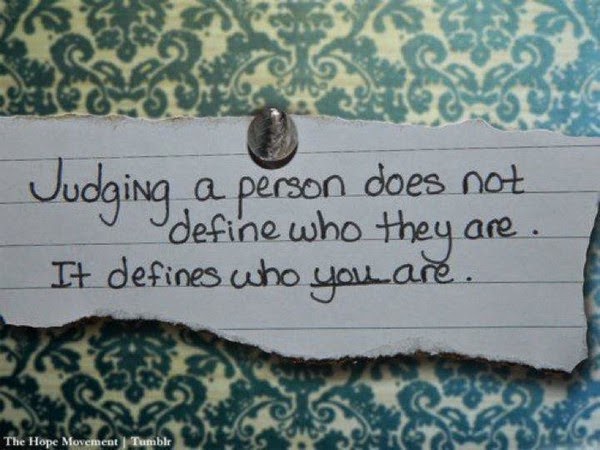 I was scrolling through Facebook the other day and I saw something that made me shake my head sadly. A person was commenting on an article about a prominent Christian leader and author, who she happened to disagree with.

Her comment was simply to place a reference of Scripture in the comment line. Her reference of choice was second Peter 2:1, which includes a warning about false prophets and false teachers.

She also included the letters SMH which stands for shaking my head.

I'm familiar with this passage of scripture because it was quoted numerous times in comments and reactions on news stories and social media posts regarding a story that made the news regarding me and my church. The story made TV news because I bet my congregation if they broke an attendance record for Easter last year I would do something crazy.

The crazy wager was that I would get a tattoo of the church's logo on my leg if they broke the record. Apparently, this was an act of heresy according to scores of fundamentalist Christians who decided to use me as a spiritual scratching post of sorts.  In their minds I was a false prophet and a false teacher and probably the antichrist to boot. I was leading my people astray. I was perverting the Gospel.

I find it interesting that people enjoy using that Peter passage every time they have something to say about pastors, theologians, or Christian authors who they disagree with.

Why do I find it interesting? Because almost every single moment in the epistles from the New Testament where someone is addressing false prophets and teachers it has to do with people who are trying to impose more regulations and more religion on to other Christians. It's to call out those who say that in order to be a Christian you have to jump through 1 million hoops so that God will find you worthy.

Jesus was teaching his disciples about hypocrisy and he used an illustration that had to do with a person who was eager to tell his friend that he had a speck of dust in his eye and needed to remove it but in reality that same person had a huge log sticking out of his own.

The thing about using scripture in order to throw fiery darts at someone you don't agree with is that there's probably another passage of scripture that they would be able to use to return the favor.

The Bible is funny that way. It's an equal opportunity offender.

And here's another thing. That moment when someone says that because you believe a certain thing or you interpret the Bible a certain way that you no longer exhibit evidence of true Christianity... That's another of those sort of ironic moments. Because there are plenty of moments in the Bible where the words land on each of us in such a way that we can't help but realize how we cannot possibly live up to the example set by Jesus Christ. Ever.

I was listening to the news today and I heard a report on how hundreds upon hundreds of conservative evangelical pastors were signing a petition to send to the White House urging Pres. Obama to respond to the growing radical Islamist threat through force.

Honestly, depending on the day I might be compelled to add my name to that list too. The news from the Middle East has been less than heartening lately.

But then I read this story about the brother of a Coptic Christian from Egypt who was murdered by radical Islamists along with 20 other Coptic Christians. The brother of one of the slain martyrs thanked  the murderers of his brother for allowing his expression of faith in Jesus Christ to remain in the videos they shot of their vile act. He said that hearing his brothers declaration of Faith strengthened his own faith in Christ.

Now, which of these two exhibit more of the character of Christ? The hundreds of evangelical conservative pastors who have fixed their names to a petition advocating war and violence?

Or the Coptic Christian who thanked the murderers of his brother?


There is an argument to be made that 2 Peter 2:1 ought to be affixed under the names of those pastors...  A dang good argument, to be honest.

See how quickly this can happen?

Here's something I don't love all that much.  I don't love how you can say something like "God loves everyone," and then there's some Christian somewhere just chomping at the bit to qualify your statement with a "Yeah, but..." and then to follow with something dumb and judgmental.

So Jesus told his disciples to share the "Good News" with everyone they met.  The "Good News" according to Jesus was outlined in Luke chapter 4 when he proclaimed that "The Spirit of the Lord is upon me to bring Good News to the poor... to set free the captives and prisoners... "  Good News according to Jesus had to do with the kingdom of God come to earth--with a new world that is breaking through the old one in miraculous ways...  That sin and death no longer hold any fear over us.... That's good news.

Do you know what's not good news?  When you tell someone that they are going to hell if they don't believe exactly as you do...  When you tear down someone and denounce them as an unbeliever because their interpretation of the Bible doesn't meet your lofty standards... When you create so many rules and regulations that you make following Christ a chore rather than an adventure.

In Matthew chapter 7:1-5, Jesus uses the aforementioned analogy that should rock you and I to our very core.

“Do not judge, or you too will be judged. 2 For in the same way you judge others, you will be judged, and with the measure you use, it will be measured to you. 3 “Why do you look at the speck of sawdust in your brother’s eye and pay no attention to the plank in your own eye? 4 How can you say to your brother, ‘Let me take the speck out of your eye,’ when all the time there is a plank in your own eye? 5 You hypocrite, first take the plank out of your own eye, and then you will see clearly to remove the speck from your brother’s eye.

Basically, Jesus is saying here that the ironic thing about judging others is that you typically get judged by the same criteria, and when that happens you always fall short.  It's like telling your buddy, "Dude you have a speck... in your eye... a speck of dust... I can see it from here..."  Meanwhile, you have a huge 4x4 piece of wood sticking out of your own.

It's hard to really see a speck in someone else's eye when your own is loaded down with a log.

As Christians, we need to work on the logs in our eyes.  We've got to figure out what the word "Gospel" really means.  We've got to learn that the way we become "right" with God is not by faithfully keeping our own rules and regulations that we've created and attributed to God.

This is what God wants.

Because. God. Loves. Everyone.

If that makes someone somewhere call me a heretic--so be it.

In the words of a Christian author and pastor I admire--who has weathered his own share of criticism and charges of heresy:  "Its often easier to call someone a heretic than to deal with your own shadows."
Copts Good News hypocrisy Islamists judgment speck