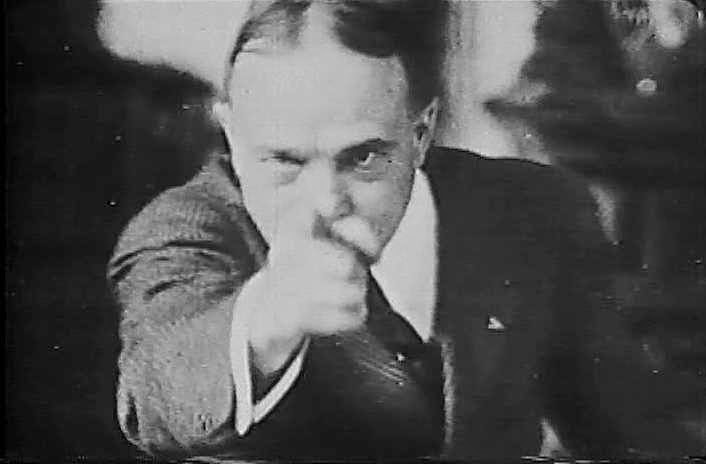 If you are a church leader, pastor, or otherwise church-y kind of person---this will sting a little, but it needs to be said:  You are probably the reason someone, somewhere doesn't want to ever go to church again.

I know.  Feel the sting.

Admitting you have a problem is the first step.

The second step is asking the obvious question: "In what ways have I caused others to hate church?"  Or to put it in corporate terms, "What is my church doing to make people hate coming to church?"

But I have come to believe that the biggest culprit when it comes to antipathy toward church is when a congregation, faith community or denomination's beliefs, values, vision, statement of purpose or mission are defined in negative terms.

Simply put, it's when your congregation, faith community or denomination is known more by what it is against, than what it's for.

This is an actual letter on the website of an actual Independent Fundamentalist Baptist Church.  Disclaimer: I used to attend these kinds of churches when I was a youngster, so I am completely not shocked by this kind of thing....

We are an old-fashioned Bible believing, Bible preaching, independent Baptist church. We believe and teach that the only way to get Heaven is by faith in Jesus Christ as your personal Savior.

We believe that those who reject Christ will suffer eternal punishment in Hell. We are a soul-winning, bus-running church actively engaged in spreading the Gospel to every creature. We are conservative in our standards and music.

We are against communism, socialism, liberalism, and materialism. We are against naturalism, moral relativism, multi-culturalism, pragmatism, utopianism, existentialism and post-modernism.

We believe in a literal six day creation of the world and universe by the direct action of God and reject the theory of evolution as a philosophy spawned by the Devil.

We believe God is real and that someday every person shall stand before God to give account of himself.

We believe the Bible is the Word of God and it is the final authority for faith and practice in our lives.

We believe in the literal, bodily resurrection of our Lord and Savior Jesus Christ and that at any moment He may physically return to rapture His redeemed people.

We stand unapologetically for the old-time religion.

If this is the type of church you are looking for, or if you are brave enough to try it, you are welcome to attend Liberty Baptist Church.

It's not too much of a stretch to say that the folks at Liberty Baptist probably aren't very welcoming to people who vote Democrat, and they probably aren't too fond of people who think psychology, sociology, science and education have something to offer to society.

If your cultural heritage is something other than American, they aren't interested in you talking about it.

And they aren't interested in recycling, feeding the hungry, fighting poverty, ending war, etc. because the world is just going to get worse and worse and then be destroyed in the end--but only before they are snatched away by Jesus to safety so they can go to heaven while all of the rest of us heathens burn for eternity.

This might seem like a pretty extreme example, but sadly this letter explicitly states on its website what is hidden below the surface in far too many churches and Christian communities.

The vast majority of conservative, evangelical churches in America affirm the very same things that the Liberty Baptist folks affirm in this letter--only they do so with a bit more panache, and a whole lot less out in the open.

On the other hand, I have also experienced what I call "the fundamentalism of the left," in some so-called progressive faith communities where my being a Southern, white male was a perfect, trifecta of evil.

When I was in seminary, I remember one of my classmates proclaiming that she didn't know how anyone who drove an SUV could be considered a Christian. I remember listening to many of my fellow students, who are now ordained Presbyterian ministers lambasting "godless" Republicans and equating President George W. Bush with the Devil.

I've come to understand that in church-y world it's important that people know what and who you are against.

First, it serves to keep out the people you don't want in the first place--people who ask questions, who think, who would challenge what you believe and teach, etc.

Second, it makes it easier to kick the aforementioned people out of your church when they violate your essential tenets.  Or at the very least ostracize them so much that they want to leave.

It also keeps out the vast majority of people who don't have a relationship with Jesus, and who honestly aren't sure if they want one after reading the list of what you are against.

Especially if what you are against happens to be them.

So here's a lesson on making people hating church:
If you really want people to hate church--keep defining your church by what it isn't.

But if you want people to start falling in love with Jesus, maybe it's time for a different approach.  Maybe it's time to start talking about all of the things you are for.

If it's just to create a community of people who all look, think and act like you---then be honest about it, sort of like the Liberty Baptist folks.

But if you actually want to introduce people to the life-changing, amazing love of Jesus...

I'm thinking that "against" page on your website needs to get deleted, along with the narrow religious message that gave birth to it.