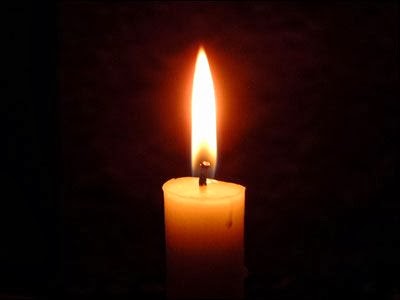 I have an unusual name:  Leon Bloder.  I am the only one of my kind as far as I can tell.  I am named for my grandfather, whose parents were Austrian immigrants. They originally named him Leopold, but then changed it.  I'm rather glad of that, actually.

Of the many jokes that have been made about my name over the years, there's one that always tends to crop up around Christmastime.  It goes like this: "Did you know that your name spelled backwards is "Noel?"  "Yes," I'll usually say, "I know."  Once I decided to feign ignorance.  "Really?" I nearly shouted when the joke teller let me have it.  "I had NEVER THOUGHT OF THAT BEFORE! That's SO AWESOME! My name spelled backwards is Noel, how do you like that?  HOW FUNNY! You thought of that all by yourself?  MAN you must be a GENIUS."

Come to think of it, that's the last time that person ever spoke to me again. Hmmm.  Maybe it's just as well.

We all know that one of the most beloved Christmas carols is "The First Noel," but one thing that I am sure that most of probably don't know is what the word "noel" actually means.

The word has it's origins in the Olde English word "Nowelle," which also has a French counterpart, which has roots in a French word for birthday--the word "natalis,"which is essentially Latin---although when it's said with a French accent it sounds more awesome.

"Noel" specifically refers to a time of year that was known as Christmastide in the Middle Ages which encompassed some of Advent and all of the days until Epiphany.

Why does this matter?  It doesn't, really.  But now you know what Noel means. And you also should know this:  Noel is kind of a big deal.  When you take all of the meanings of Noel and jumble them together, it means that for those of us who believe in this whole Christian thing, we're about to have one long birthday party.

Because the birthday of Jesus changed everything.

I'd much rather belong to a family, wouldn't you?  Families might fight sometimes... Families are full of black sheep and outcasts that get loved on and forgiven...  Families come together and mourn when they have to... Families celebrate the important moments in their lives together...  When the chips are down and you need them---families figure it out.

The reason why Christians should celebrate Christmas with wild, generous, party-hearty abandon is because we know that the first Noel is a family celebration.  God became one of us---to include all of us in his great big plan of redemption for Creation.  We're family because of this.

Two thousand years ago this guy named Paul, who wrote half of the New Testament talked about how Jesus was like our brother.  Because of Jesus, we know what God is like, we understand the Father more fully, and because of Jesus God comes close, embraces us in our mess and outcast status... and welcomes us to the family.

I think I'll probably need to take a family photo of the whole congregation at this point in my sermon.  What's a party without a family photo, right?

On that first Noel, it didn't look like much of a party, really.  And it was definitely not very picturesque.  Jesus parents were outcasts---Mary was an unwed teenaged mom, Joseph was a homeless laborer who loved her and her child.

The shepherds who came that night were dirty, probably illiterate, living on the margins of society, not welcome in any decent synagogue...  Jesus place of birth was a cave, carved out of a rock wall, and littered with straw and manure...

This is how God chose to enter into the world---to show us what being family is all about.  He chose these people on the margins to prove how great and expansive his love is---even for you and for me.

I know that the world isn't as it should be.  I know that there is brokenness all around us.  It feels, and rightly so, like there is still no room at the inn for outcasts... All the more reason for the family to come together and celebrate.  When we gather in this place, when we light our candles and sing in the darkness, we are proof that the darkness doesn't get the last word.  Pain, sickness, war, strife, hatred... evil doesn't get the last word.

It's time to celebrate.  Let the light shine.  Let the party begin.  Let's show the world that we're family---and that there's always room for one more in our family photo.

Squeeze in and say "cheese." It's Noel---brothers and sisters.