- April 05, 2013
Today was the third full day of the Holy Land pilgrimage that I am leading with members of my church and some new friends that have joined us.

One of the sites that we visited was the ancient city of Bethsaida--one of the many towns that Jesus visited repeatedly during his ministry to the Galilee. Bethsaida is a word that loosely means "House of Hunting & Fishing" and it indeed was a town that was famous for both. It was also a location that was blessed by fertile land all around it and had been a major city for nearly two thousand years before Jesus arrived there.

Archaeologists have discovered the remains of a major Canaanite city named Geshur on the site of ancient Bethsaida. Geshur was a city that was loyal to King David and even supplied him with one of his several wives from among it's royal family.

But Bethsaida is known more famously for two things: 1) the miracles that Jesus performed there--particularly the healing of a blind man which was done in a very unusual manner 2) the "curse" that Jesus placed upon the town because of it's lack of belief.

22 They came to Bethsaida, and some people brought a blind man and begged Jesus to touch him. 23 He took the blind man by the hand and led him outside the village. When he had spit on the man’s eyes and put his hands on him, Jesus asked, “Do you see anything?”

24 He looked up and said, “I see people; they look like trees walking around.”

25 Once more Jesus put his hands on the man’s eyes. Then his eyes were opened, his sight was restored, and he saw everything clearly. 26 Jesus sent him home, saying, “Don’t even go into[a] the village.”

I have often wondered why Jesus didn't just heal the man outright the first time. Why did he heal him in stages? He obviously had the power to heal him quickly and without touching him at all. He'd done that sort of thing before hadn't he?

Here's what I think is happening in this story. Jesus never does anything without a reason. All of his actions even the most strange and obscure gestures were full of meaning and symbolism. The blind man gives Jesus' followers a living breathing example of how some people simply cannot see Jesus right away but if they are willing and desperate to truly see---they will.

Sometimes our understanding of Jesus is revealed slowly---both because we are unable and often unwilling to see him as he truly is. We want to remake Jesus in our own image or to see exactly what we want to see in order to make following him easier.

The people of Bethsaida were a large part of the crowd who experienced the Feeding of the Five Thousand in that miraculous moment when Jesus took five loaves and two fish and fed thousands of people on a rugged hillside by the Sea of Galilee. They were led away from the fertile land of their city and into the "wilderness" where they were fed miraculously. Many of these same people began to equate Jesus with Moses seeing him as a prophet and a leader who would lead them into revolution and freedom.

But Jesus was not a leader of a revolution. He was the leader of a reformation and the promised Messiah who would free all people from the bondage of sin and death.

And they were unable or unwilling to see him as he was.

It's easy for those of us who call ourselves Christians to act smug about this story and to excuse ourselves from the truth of it. After all we claim Jesus as Lord in our prayers and our songs---and maybe even in our own confessions of faith.

But our lives and our actions often indicate that the Jesus we "see" does not at all resemble the Jesus that we see revealed in Scripture--the Jesus who demands his disciples give of themselves sacrificially for the sake of the world the Jesus who loves those who persecute him and even take his life. Sometimes we would rather keep the vision of that Jesus blurry.

If we are willing however and we allow ourselves to be touched and transformed by his presence we can not only see Jesus clearly we will follow him without question regardless of the cost. 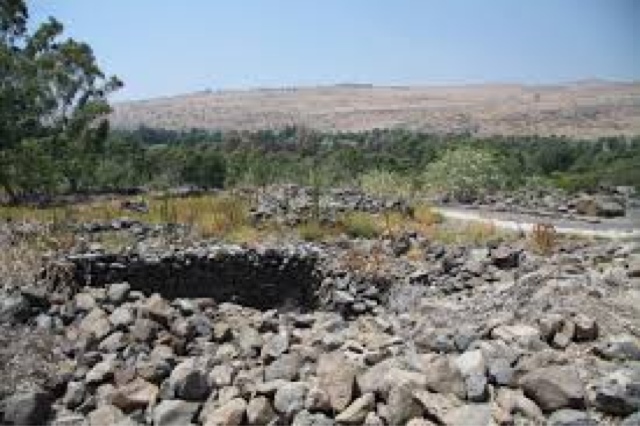