What Circuit City Taught Me About How Not To Succeed In Business: Part 2 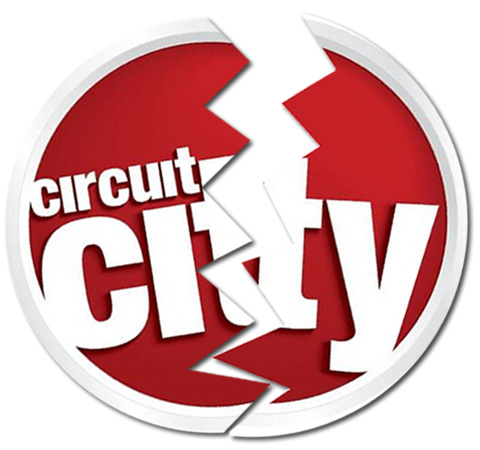 This is the second part of the blog post on some things I learned about business and leadership from my tenure as a "Sales Counsellor" at Circuit City (R.I.P.)


6.  Train Managers to Inspire, Not To Conspire
CC managers were about as inspiring as an old shoe.  They were trained for one specific purpose:  to maximize profits.  We held them in fairly low esteem because not many of them could sell water to a man dying of thirst.  And even the ones who could, quickly became drones trying to keep their jobs and bonuses.  They seemed to conspire against us---making sure that we lived in the same kind of fear they were living in---rather than inspire us to greatness.  First of all, your business should not create toxic and ineffective managers.  The way you treat you mid-level staff is probably the way they will treat your front-line employees.  Secondly, there is always a fair amount of junk that managers will have to deal with that they should not be passing on to their employees.  If you have one that doesn't have a filter, they probably shouldn't be a manager any longer.

7.  Even When Faced With The Reality of A Changing World--Ignore It
CC is a great example of that aphorism: "Denial Isn't Just A River In Egypt."  They got caught napping when upstarts like Best Buy and HH Gregg started figuring out that customers didn't like to be treated like they were buying a used car when they went to purchase a television or a microwave.  CC clung to the notion that what worked in the 1970's was going to keep working into the 21st century.  When that piece of flotsam from the wreckage of their company finally got waterlogged, they went down with it.  If you aren't nimble enough to change with changing markets and customer needs, you will cease to be in business.

8.  Train Your Employs On How To Give Good Customer Service, Not To Add Another Sticker to Their Badge
CC made us where these huge badges with our names engraved on them.  The badges tucked neatly into the front pocket of the awesome blazers we had to wear.  The badges had little blocks where stickers were placed each time you mastered the training for a particular area.  I was trained to sell appliances, but I also took the exams for small electronics and audio---all done on my own time, of course, off the sales floor.  The badges were meant to be filled up, giving the wearer the right to sell product in various parts of the store as needed.  The more tests you took, the more junk you could sell.  There wasn't a badge for Customer Service, though.  Why bother with that?  It wasn't a profit center.  Perhaps if CC had spent more time having their employees focus on providing good service rather than pursuing higher commissions and more stickers for their badge, they'd still be around today.

9.  Design Your Environments For The Needs of Your Customers, Not For Your Own Purposes
CC stores were designed with a circular walkway inside the store, affectionately known as the "racetrack."  I am sure that designers and CC apologists might try to sell this design as an easy way for customers to travel through the store.  To be fair, if you walked the racetrack as a customer, you would find your way to each department, and to the vulture-like sales people lurking there.  High margin items like small electronics, computers and cellular phones were all in the inner circle of the racetrack.  I have a theory about the racetrack that I think is probably more likely:  I think it was designed so that managers could maximize sales by quickly and easily making their way around the store with their hourly reports.  The most emulated design for electronic stores right now is Best Buy's store layout, which is constantly being tweaked after countless surveys and interviews with customers and experts.  They get it.  Customers are aware when the way you present yourself to them is done with little regard for their needs or desires.  Churches are terrible culprits when it comes to this, and Christians can be horribly obstinate about changing their church environments to reach "other" people---especially if it means changing the way "they've always done things."

10. Make Sure Your Support Staff Are As UnMotivated As Possible
There were a few kind, helpful folks who worked in the Customer Service department of the CC stores I encountered.   But the majority of them were overwhelmed, undertrained and could care less about their counterparts in Sales and even less about the customers.  If the support staff of your organization feels disconnected from the vision, or feel as though their contributions are an afterthought, it can spell trouble for you.  Since CC focused almost exclusively on sales figures, and on the responsibilities of the sales employees to not only make the sale, but to ensure that the customer did not return the item, the support staff generally just pawned off their problems on everyone else.  Your support staff need to be at the table when you are visioning, inspiring and planning for your organization.  They need to know that their contributions, though they might not be as sexy as those that are more "up front," are absolutely essential for the overall success of the organization.