Less Than. Not Equal To. 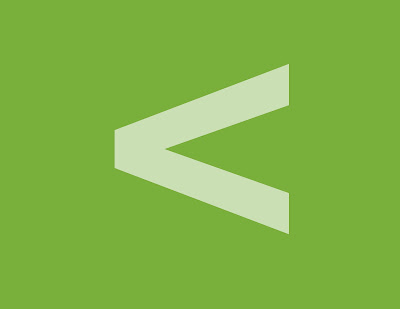 It's full of conservatives and liberals and odd folks like me who have ideas about things that are all over the map.

And pastors and church leaders.

I have lots of Facebook friends who are pastors and church leaders (although I may have a few less after this post), and I used to love engaging my colleagues in all sorts of interesting conversations---most of which would devolve into theological disagreements and even carefully worded insults and digs.

How very Christian of us.

Then I heard a pastor that I really admire say something that has changed the way that I interact with people on social media.  Since this pastor has successfully grown his church from like 12 people to over 40,000 in a little over fifteen years, and is literally one of the smartest leaders I know... I listen to what he has to say when he talks about leadership, and specifically leadership in the church.

This is what he said:

"Don't lose your chance to make a difference, just to make a point."

That one sentence has caused me to delete a hundred or more Facebook posts that I wrote, a score ofTwitter updates I almost sent and at least a couple dozen blog posts that almost got published.

So I've noticed something popping up on my Facebook feed tonight.  Maybe you have to.  It looks something like this: 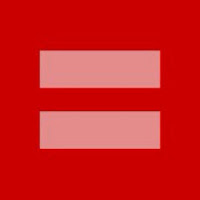 This symbol means that the person posting it on their site supports marriage equality for all people---gay, straight, lesbian, bisexual, transgendered, etc.

For some of my friends, posting this on their Facebook feed was difficult to do because they knew it would make some of their friends angry, and they might choose to end their friendship over it.

And I am sure there are some who posted it to be trendy, cool, hip, open, tolerant... they have their reasons, I am sure.  Some of these folks are pastors and church leaders who want to make sure they are identified a certain way.

There will be other friends of mine---pastors and church leaders---who will respond by posting something as a protest for this other thing.  A way to make sure that everyone knows they are against it.  Some of them will do this because their congregations expect it, and others will do it because they don't know what else to do.

I'm speaking here to pastors and church leaders, and I am using the same sort of wisdom that I received---wisdom that has governed my social media speech with way more salt than it used to be.  I'm speaking to both my conservative and progressive brothers and sisters here...

Don't lose your chance to make a difference, just to make a point.

For all the church members who will applaud and support whatever you post on your FB feed---there will be some who will be wounded by it.

For all the many people you think who will be won over by the stand you have taken, there will be more than a few who will be turned away.

Listen.  I am not offering this in a sanctimonious way.  I offer it as one who has been guilty of throwing social media stones, arguing, sowing discord... you name it.  And it does nothing to further the kingdom of God.

I offer this little graphic that I came up with tonight as an alternative to pastors and church leaders who want their congregations to know where they stand on the deeply dividing issues in our culture: 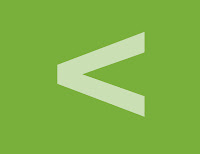 It's my "Less Than" graphic.  As in whatever I think, whatever I say, whatever I am---is less than Christ, who I do my best serve with all my heart in my own brokenness and frailty.

I don't always do that very well.  I make mistakes, and I let people down.  I sometimes say and do things unintentionally (and sometimes intentionally, I admit) that keep people from seeing Jesus as well as they might.

Because they are too busy being distracted by my efforts to elevate myself, my causes, my desire to be liked, my beliefs, etc., higher than Christ.  They are not... I am not... greater than Christ.

I am less than.

And so my little graphic can serve as a constant reminder that I if I ever forget this---I could very well lose my chance to make a difference in Jesus' name because I was too busy making a point in my own.

At this point the progressive folks will get wounded and tell me that no great social change ever happened without making a point.

At this point he conservatives will get wounded and tell me that Christianity will go to hell and a handbasket if a point is not made to counter the other point.

Those are both probably good points.

But perhaps... so is mine.  Maybe the reason why so many people are leaving our churches in droves and never coming back is because we were always trying to make good points, and we never really made a difference---at least one that mattered enough for them to stay.

At any rate... feel free to steal my graphic.  Or not.

Then click anywhere right here and read this blog that I read today and it rocked my world.  From someone who has reason to be bitter over being marginalized and "othered," Carlos Whitakker does a masterful job of subtly demonstrating why making a difference is so much bigger and transformative than making a point.