Leadership in A Vulture Culture 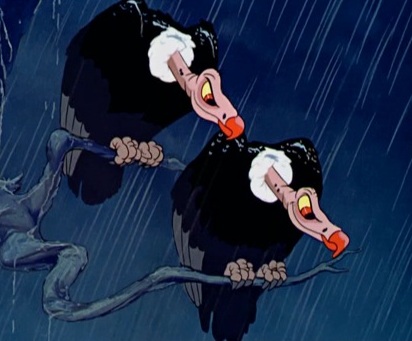 I was listening to the Catalyst podcast recently and one of the hosts told a story about how he saw a bunch of vultures eating a carcass on the side of the road and purposefully went out of his way to hit one of them.

He recalled how the birds deliberately waited until the last minute to get out of the way, but as soon as he passed by they went right back to their grisly meal.  In fact, they went back much quicker than they left.

He then remarked on how some organizations are plagued by a "Vulture Culture," where gossipers, malcontents and bitter folk can't wait for something to go wrong so they can start "picking the carcass," so to speak.  Even if these "vultures" are cleared off their picking, they often leave reluctantly and rush back as soon as they think the time is right.

I resonated with this analogy.

I live and breathe in the arena of Church and church-y people so that is the frame of reference from which I write.  But the truth of the Vulture Culture transcends church-y arenas to all sorts of organizations.

You see, leaders often have to let something within an organization die in order to help it move forward into the future.  There are also moments when they have to kill something that won't die on it's own.

Some people have called these things "sacred cows," which isn't the most inclusive terminology to use, but there you go.

I have discovered that some people---let's call them "vultures" for the sake of this analogy---love to gather around and pick at dead sacred cows.  They just can't help themselves, they can't leave the poor thing alone.

And here's the rub about these vultures.  As a leader, you might succeed in finally scattering them from their task, but true to their very nature---vultures will circle around until they get the chance to come back.

Sometimes they wait until after the leader has moved on, and then they come swooping in triumphantly to take their place picking at that dead sacred cow again.  Because leaders and organizations that are adept at killing sacred cows, are not typically that good at getting rid of the carcass of the bloody thing.

Sometimes vultures don't wait for the leader to leave before they come flapping back to their picking, which can be a painful experience for a leader and an organization.

Here are three tips if you want to create a "Vulture-Free Culture" in your organization:
Of course, you could always play it safe and just never kill any sacred cows... but what fun would that be?