10 Leadership Lessons I Learned from Disney 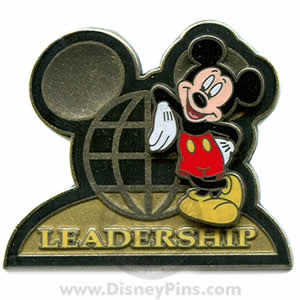 I worked at Walt Disney World for nearly 10 years (1984-1993) and served in a variety of locations and in a variety of roles.  I was an Operations Lead (on-site supervisor) and I was one of the youngest (at the time) graduates from WDW's management training program.  I trained as a manager in Monorails and I served for over a year as a manager at Magic Kingdom Guest Relations and Main Street Operations.

1.  No Matter What Happens--the Park Is Going To Open.
I remember when I was working as a Lead in Operations that it didn't matter if every single one of the cast members on your team called in sick, you'd better beg, borrow or steal personnel to get your rides running before the park opened.  This is a great rule to live by in your business or organization.  The "show must go on" even if you have to get creative in order to make it happen.

2.  Everyone's a Custodian.
In the old Traditions training that all Disney employees had to go through after being hired, this was one of the things that they were taught.  If there was a mess on the ground in the park, you didn't call Custodial to come clean it up---you grabbed a pan and a broom and did it yourself.  Teaching your team members to buy into this will ensure that your organization is filled with people who will never say, "that's not my job."

3.  The Details Matter.
Every single day I served as a Lead in Operations I did attraction walk-throughs and ride-throughs to examine what Disney described as Show Quality.  I remember riding through It's A Small World and documenting even the slightest malfunction of one of the hundreds of dolls inside the ride.  The details mattered.  We believed that if a guest saw something wrong with our attractions, it would put a seed of doubt in their head about our overall commitment to excellence.  You can see how important this is in leadership of an organization.

4.  The 10,000 to One Rule.
We taught our Cast Members that it was too easy to get upset by the one out of every 10,000 guests who might act like a jerk.  We would easily come in contact with thousands of happy people who were simply enjoying themselves, but it was the one angry, belligerent person that would ruin your day.  This is a good lesson to teach your team members, especially if they deal with customers, clients or members of our organization.

5.  The "If You Won't Do It Yourself," Motto
I learned early on that I could not in good conscience ask any of my team to do something that I wasn't willing to do myself.  Which is why I would often take a pan and broom and sweep the entire queue area myself in full view of them, rather than ask one of them to do it for me.  I cleaned up more vomit piles than I care to count for this same reason.  Once you demonstrate your willingness to do the hard jobs, you earn the right to ask your team members to do the same.

6.  It Matters Who Is On Your Team
I remember looking at my roster for the day when I was working in Operations, and groaning when I saw certain people on it.  Nasty, negative people can drag down your whole team.  On the other hand, when you get a great group of people working together, watching each other's backs, and striving to accomplish the same goal---it can be awesome.  When I worked as a Guest Relations manager, I always knew if certain Cast Members were working at City Hall, I would end up being called in to handle guest problems all night.  You're only as good as your weakest team member.

7.  There Has To Be A Greater Goal Than A Turnstile Count
There used to be a number that we examined at the end of every night when I worked in Operations.  It was labeled "Guests Carried Per Labor Hour."  In other words, how many guests did you get through your turnstiles vs. the amount of labor cost.  I learned early on that the turnstile count was a poor motivator for my team.  They needed to know they were part of something greater in order to keep their morale and attention to guest service high.  I spent much of my time working hard to pump up my team, and to create an environment where that "greater goal" was what we chased rather than a number.

8.  The Backstory of the Average Guest
I remember hearing a story during my management training days about what the "average guest" of WDW spent while on vacation and how long they typically had to save in order to make their WDW vacation happen in the first place.  Some guests, we were told, saved for ten years or more to go on one WDW vacation.  This backstory was one that stuck with me from that moment on, and I did my best to try to pass it on to my employees.  This kind of empathy for your customers, guests, members is essential when you encounter difficulties, or field complaints.

9.  The Greatest Leaders Are True Believers
There was a manager that I worked with when I was in Guest Relations that was unbelievably negative and sour.  He'd worked at WDW for nearly twenty years at that point, and talked incessantly about retiring and starting another career far away from theme parks.  He had a handwritten sign behind his desk that read, "Relax, It's Only A Kiddie Park."  This guy was not a true believer.  He instilled no confidence in the staff.  No one felt inspired to follow him.  The leaders I admired at WDW were the ones who still had a bit of the sparkle of Disney Magic left in them---the ones who could still see things through the eyes of a child.  No one wants to follow someone who doesn't believe in what they are selling.

10. Tradition Grounds You, But Shouldn't Leave You Grounded.
Disney orientation classes used to be called "Traditions I & II."  I don't know if this is still the case or not.  Walt Disney was famously quoted as saying, "It all started with a mouse."  WDW is surrounded by evidence of the traditions that launched the place.  What I learned over the years as I worked at WDW was that tradition should ground you---you should never forget your origins and what got you to where you are.  But tradition should not leave you grounded where you are, unable to move forward.  WDW is continuously innovating, trying new things and thinking of the future.  If your organization has ceased to innovate, it will die.  You'll be grounded right where you are, with only your traditions to hold on to in the end.