Louie Giglio & The Constantinization of the Left 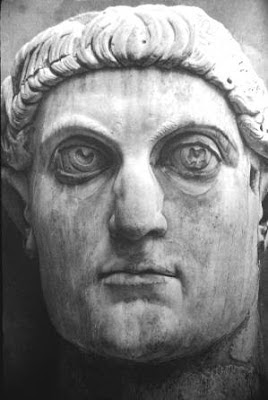 I was thrilled to hear that President Obama's inauguration team had invited Louie Giglio to deliver the benediction at Obama's 2nd inauguration.  Giglio is the pastor of Passion City Church in Atlanta, and the founder of the Passion Conferences which attract tens of thousands of students.  Giglio is also a committed activist, driven to stamp out human trafficking around the world.

In addition, Giglio is an evangelical Christian, who happens to be fairly theologically conservative.  Giglio has, however, spent the last 10-15 years devoted to motivating a new generation to follow Christ and do kingdom work in the world.

His selection spoke to me of at least a symbolic gesture toward evangelical Christians from the Obama administration---a group that holds President Obama in fairly low esteem.  These are the kinds of things that I want to see from the President---reaching out to those who don't agree with him to help heal the divisions in our nation.

Then I heard the news today that Giglio had withdrawn his name.  Here is a bit of his statement drawn from an article on CNN's Belief Blog:


"I am honored to have been invited by the president to give the benediction at the upcoming inauguration on January 21," Giglio said in a statement delivered to the White House and the Presidential Inaugural Committee. "Though the president and I do not agree on every issue, we have fashioned a friendship around common goals and ideals, most notably, ending slavery in all its forms.

"Due to a message of mine that has surfaced from 15-20 years ago, it is likely that my participation, and the prayer I would offer, will be dwarfed by those seeking to make their agenda a focal point of the inauguration. Clearly, speaking on this issue has not been in the range of my priorities in the past fifteen years. Instead, my aim has been to call people to ultimate significance as we make much of Jesus Christ."

The liberal website Think Progress posted audio of the sermon, which they described as "vehemently anti-gay."  The reaction from the Obama camp was swift.  A spokesperson declared that the Obama administration was "not aware of Pastor Giglio's past comments at the time of his selection and they don't reflect our desire to celebrate the strength and diversity of our country at this Inaugural."

Last week Giglio wrapped up the latest Passion Conference in Atlanta which was attended by 60,000 students and which raised $3million for charities who work with to stop slavery and to help the victims of slavery.  It was these kinds of efforts that landed Giglio the Inaugural spot in the first place.  But it was obvious that the Obama administration was quick to distance themselves from him based on the actions of Think Progress.  He had no choice but to withdraw.

I'm growing weary of this kind of junk.  I have some thoughts that I would like to share.  Because it has become very apparent that if you are an evangelical Christian in the public square---you sure as heck better not have any conservative points of view on social or theological issues.

Liberal Christians often rightly critique the legacy of what has come to be known as the Constantinization of Christianity---the moment in Christian history when it became the religion of Empire under the Roman Emperor Constantine.

What they are unwittingly celebrating, I would argue, is a Constantinization of the Left---a move toward secularism and antifaith as the religion of a new Politically Correct and Totalitarian Empire that does not tolerate dissent.

Case in point---the pillorying of Louie Giglio by the New Inquisition represented in this particular case by the dubiously named "Think Progress."

Truth:  Giglio does preach in his sermon that he believes that homosexuality is a "sin."  While he does not preach hatred toward homosexuals, and argues that ultimate redemption for all those who are broken comes through Christ alone---Giglio does refer to homosexuality as a sinful state.

I'm not here to argue about Giglio's stance in his sermon.  What I am here to state instead is that Giglio has spent the last several years of his life and all of his passion not decrying homosexuality but encouraging people to follow Jesus and advocating effectively to end human trafficking around the world.

I remember when the Obama campaign in 2008 was confronted with the accusation that Obama's former pastor Rev. Jeremiah Wright had made senseless, hate-filled, racist remarks in sermon after sermon---most of which were on video.  The rebuttal by Obama's team focused not on Wright's words but on the hundreds of ways that his church and ministry had done so much to help the poor and powerless in Chicago's South Side for decades---all of which was true.

Listen, I am by no means trying to draw a comparison between Giglio and Wright.  Personally, after seeing many of the videos of Wright's sermons I was horrified and dismayed that such race-baiting and pandering was being perpetuated by a man who was doing so many good things.

I am sure, however, that many of my gay and lesbian friends who heard Giglio's sermon might very well say the same thing, but the fact that this was the only sermon of the sort that seems to be available after countless recordings, videos and the like is sort of telling.  Giglio makes a point to stay out of controversial issues in order to stay focused on the most important things in his ministry---the love of Christ and the freedom that comes from embracing it.

The fact that Giglio was essentially forced to withdraw from being a part of the Inaugural is just another indicator that the Constantinization of the Left is in full effect both within and without Christianity in America.  If your social worldview, your politics, your religion are acceptable---then you can speak.

Otherwise.  Remain silent and go stand over there.