Don't Just Do Something Sit There: Reflections on Grief & Sandy Hook 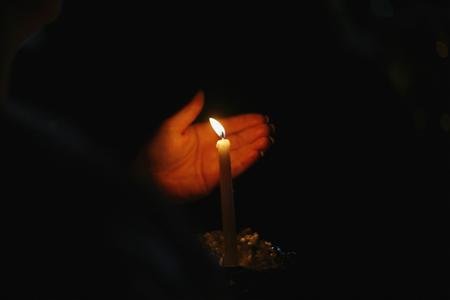 According to some reports, Adam Lanza, the deranged gunman who took the lives of twenty-seven people in Newtown CT last week, could not feel pain.

The twenty-year old, who executed twenty first graders at Sandy Hook Elementary School on December 14th by spraying them with bullets fired from an assault rifle, was reportedly unable to feel physical pain, and could hold a lighter to his arm or ankle while the flesh burned without flinching.

I don't know if these details have been confirmed.  If they are, in fact, confirmed we have just another set of clues as to the possible twisted and demented motives for this horrific act.

But I also see this as a sign and a symbol of something else...

After the initial shock of the massacre at Sandy Hook began to wear off I started to see some predictable things pop up on my Facebook and Twitter feeds, and then even more predictably on the cable news programs as well.

Other people began quoting from the 2nd Amendment of the Constitution and pontificating on their right to bear arms.

Some conservative Christians pointed out that the secularization of our culture contributes to it's ultimate rejection of God, so it should be no surprise when godless things happen.

Some liberal Christians called the Christianity of the aforementioned conservative Christians into question for even suggesting that secularization might have something to do with Sandy Hook.

Then there were a whole bunch of folks who pointed out that there are thousands of children dying of preventable causes every day in other countries that no one in the U.S. seems to care about, and shouldn't we be doing something about them?

And it's almost always someone or something else that is the subject of our ire and our blame---never the person who stares defiantly back at us from the mirror.  Never our own actions.

I don't want to do anything right now.  I don't want to hear people fight about gun rights.  I don't want to listen to people try to out-faith one another with where God is or isn't.  I also don't need to have guilt heaped upon me about the state of our world by people who may mean well, but whose timing sucks.

What I need---what we all need---is to sit shiva for a while.

Sitting shiva, simply explained, is the ancient Jewish practice of sitting with someone who is in grief.  Usually the shiva period lasts seven days after the burial of a loved one who has been lost.

We have yet to observe the seventh day anniversary of the tragedy at Newtown, but because of all of the reasons I have mentioned,  it already seems as though it happened a lifetime ago.

I know that the words of one small town pastor won't mean a whole lot in the great scheme of things.  But I wish that we could all just sit shiva with one another for a while.

No angry, anxious posts on Facebook, Twitter or blogs.
No politicians eager to garner attention and votes.
No dueling theological arguments.
No name-calling.
No blame-gaming.
No cable news channels fomenting more division.

Just sitting shiva... feeling the pain that we all feel that is literally sitting below the surface.  Just sitting shiva and repenting if we need to, confessing if it feels appropriate, but definitely not letting the person in the mirror off the hook this time.

Just sitting shiva while we share our grief, and listen for the still small voice of Hope.

And then, when it is time, we will stand up.  And hopefully we will all see the Light that is breaking over the horizon--the Light that would shine on us and turn our mourning into joy, our sorrow into dancing.

The Light of the World, I mean.

The Light of the World.