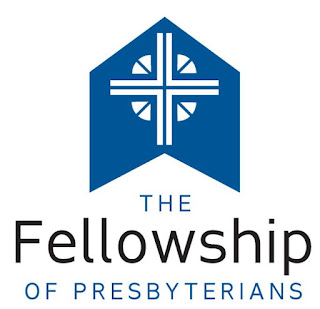 So yesterday I hung out with over a thousand Presbyterians for nearly thirteen hours, and not once did we argue about:

1. Politically charged and divisive denominational statements.
2. Motions and amendments.
3. Definitions of Marriage.
4. Ordination Standards.
5. The Authority of Scripture.
6.  Whether Confessions should be ignored/changed.

Instead we worshipped, we fellowshipped, we networked and we got to discuss things like:

1. Missions
2. Evangelism
3. How to Evaluate the Spiritual Health of our Churches
4. The Centrality of Christ
5. The Need for Holiness in all aspects of life (not just in sexuality)
6. Accountability in Ministry
7. The Vital Role of Confessions in the Church.

The sort of unity that exists here at this Gathering is not the kind that you have to manufacture.  It's not the kind that has to have polite statements or well thought out and committee approved prayers to be read in order for everyone to feel somewhat better about the nasty things they have thought and/or said about the people who disagree with them.  It's not the sort of unity that exists when people halfheartedly sing a hymn after calling one another names, and making inflammatory remarks on a General Assembly or Presbytery floor.

It's not perfect.  It's incomplete.  It's not uniform.  But it's a glimpse of what can happen when church leaders are united by simply focusing on fulfilling the commission of the Church given to it by Christ.

What I have always felt, but never articulated is that Evangelicals in the Presbyterian church have been all too timid about claiming some very important truths about themselves.  Here are some things I've learned:

I am not sure what that might look like, exactly but I know that it begins with my own church.  I feel that I have even more tools now to help lead my church more ably as we fully engage the world around us in the name of Jesus.

I am excited about what happens next.