Your Church (or Denomination) Might Just Be Stuck, Man. 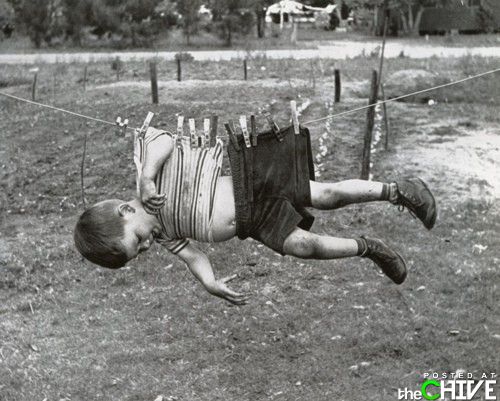 The recent General Assembly of the Presbyterian Church USA just ended, mercifully.  All that was accomplished during this 220th meeting of the national organization of the denomination within which I am ordained was... not much.  Some might call it a stalemate.  Other would call it an impasse.  I would call it an exercise in futility, a flailing about by an entity that is drowning, in death throes, or something of some such.

Have you ever had a friend who had a really huge zit, and the zit appeared right before they were about to get married, have their portrait painted or go to prom?  And they put makeup on the zit, and tried to hide the zit with a veil or a mask?

And then they asked you how it looked?

And you lied to them through your teeth?

So right now the question that you are about to ask me is, "What chance does the national organization of the Presbyterian Church (USA) really have to live, thrive, find relevance and do something cool?"

Okay, I have to say this...regardless of whether you are liberal or conservative it has to occur to you that mainline churches with their Roberts Rules and their slow-as-paint-drying way of getting things done is not really working any more.

Yeah, that would be the church that doesn't really have all of the government stuff that keeps it from making quick decisions.
The one that doesn't need a committee to decide whether the new sound and light system is a necessity as opposed to reupholstering the church parlor couches.
The one that just decides to feed hungry people and do things that make a difference without needing a papal bull.

That church.  The one that's full on a Saturday night.  Of "anyones."

To someone like myself who has pretty much thrown in his lot with the whole denominational thing---that hurt a bit.  Because it was sort of true.

Mainline churches are stuck.  Mainline denominations are so stuck they probably won't ever get unstuck.  It's going to take a pretty big jolt to get them unstuck, and I am honestly afraid that jolt might just actually be the end of them.

Which would be a bummer since I kind of like some of things that we are about.
And the fact that no one looks at me sideways when I quote Calvin in a sermon.

So as a remedy, I offer the following advice, which I gleaned from the website www.catalystspace.com

8 Reasons Your Church (or Denomination) is Stuck

1. You lack a leadership empowerment plan.
I called my bank the other day to ask them to do a simple task over the phone.  They wouldn't do it.  It wasn't allowed.  The customer service person admitted it was bogus, but couldn't bend the rules to take care of me.  If your church/denomination is so bogged down by hoops that must be jumped through---it's stuck.

2. You are unclear about your vision and mission.
You know why people like In-N-Out Burger?  It's because they make burgers... and fries... and shakes.  They don't have salad.  They don't have McWhatever sandwiches.  They make burgers... fries... and shakes.  If your church/denomination is all over the map about what it's about, and can't focus on one thing or even two things---it's stuck.

3. You blame outsiders and external factors.
If you spend too much time trying to find other excuses for why your organization is terrible and no one wants to be a part of it---apart from the fact that you stink at running it---it's stuck.


4. Your structure inhibits growth.
I am going to quote the catalyst site here: "One of the attributes of a church in decline is a complex structure. The natural tendency of organizations is to add complexity to their structure and systems. The longer an organization exists, the more complex it typically gets." Oh...my...gosh.  This pretty much sums up every mainline church, every mainline denomination.  Listen.  Your polity isn't sexy.  Your church government isn't filling the pews.  If you think that being more organized and having more committees is going to fill the pews--you're stuck.


5. You worship your past success.
There is nothing lamer than a high school, whose only championship banner is from fifty years ago and is still hanging in their school lobby.  Who cares?  Everyone had crew cuts then, and couldn't jump or run fast.  If all you can do to drum up enthusiasm about your church is look at old pictorial directories and say things like, "Oh, remember the Smith family they were so active"---you're stuck.


6. You focus on activities instead of outcomes.
This is sort of like the army drill sergeant who makes recruits dig a hole, and then fill it in, and then dig another, and fill it in, and so on.  There is no outcome that will satisfy the drill sergeant.  He is just making the recruits do things so that they will know that he is in charge and they aren't.  Churches/Denominations whose leaders are just trying to figure out things for other people to do, are merely justifying their existence and are therefore stuck.


7. You fail to equip God's people.
One of the very sad things that I noticed about my own denomination was the way the hierarchy was never really shared.  The process for selecting who was at the national meeting was in itself highly politicized and carefully orchestrated.  Any attempts to put the power back into the hands of people in the pews was thwarted by the organization.  Churches/Denominations that are terrified of equipping people to lead are stuck.


8. Your ministries ignore people outside the church.
Hear this Oh, People... "When churches become inward-focused and start making decisions about ministry to keep people rather than reach people, they also start to die." Helloooooooo!  The questions that we need to be asking is "Who isn't part of our church/denomination and why aren't they here?" Chances are, it's because you've worried so much about the upsetting the people on the inside, you stopped caring about the people on the outside.