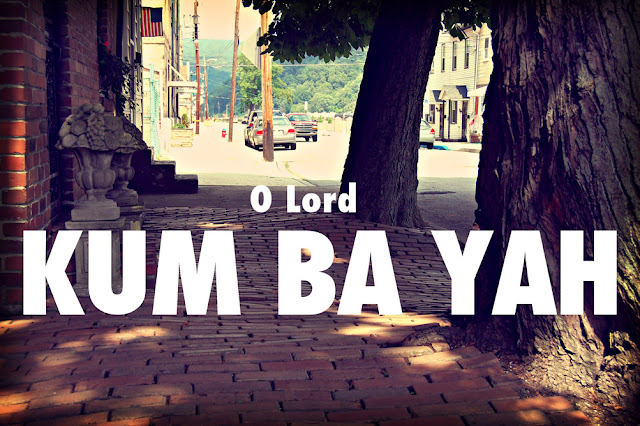 
You would say that it would be the kind of thing that would make some people want to bust out their guitars, get in a circle and start singing Kum Ba Yah, right?

This story begins with a crazy idea between friends.  Pastor Steve Hulsey from Lake Square Presbyterian Church and I are friends.  By all rights, we should be competitors.  Our churches are just a few miles apart.  They are both growing when many of our sister churches around us are not.  We are both doing innovative ministry and seeking to become transformational churches filled with transformed people.  But we’re friends instead of competitors, and we often dream about ways that we can show the world how Presbyterians can actually get along---since we are so often defined by our disagreements and church splits.

So, this crazy idea...  We thought it would be interesting to preach the same sermon series, but then we thought to take it a step farther.  “What if,” we asked ourselves, “we swapped pulpits for one Sunday during the sermon series?”  I put that in quotes as if we actually said it like that---but it was close.  This seemed like the sort of thing that most pastors don’t really do, which made it even more alluring to both of us since we like to “push the envelope,” so to speak.

We decided that since we were embodying what Christian unity should look like by uniting our two churches, Steve and I took things a step further and decided to preach on some unifying Christian doctrines:  The Trinity, Baptism, The Lord’s Supper, and then for good measure, that very "Presbyterian" doctrine, Predestination.

Our worship planning teams met and we began dreaming about what we could do to make this month-long event even more meaningful.  In the end, we decided that we would coordinate much of our worship music, our liturgies (where they worked), hymns, graphics, any videos we could share, and much more. The result is going to be what we hope will be an exciting, challenging and Spirit-filled series.

The theme of this series, “Dusting Off Old Stuff,” paints a visual picture of what we hope to accomplish by preaching and teaching on these essential and transformational doctrines.  I know...who knew that doctrine could be transformational, right?  And yet that is exactly what we are affirming.  The foundation of these doctrines is grounded not only in Scripture, but in the very way of the Christian life.  We’ll be learning together what it means to lead a covenantal, sacramental, relational, and purposeful Christian life.

Steve and I both hope that this series will not only draw our two churches closer together, but will also draw our church members into a deeper and more meaningful relationship with Christ.  After all, that is what is at the heart of being a “connectional” church.