Church Splits, The Prayer of Jesus & A Presbytery Meeting: Reflections 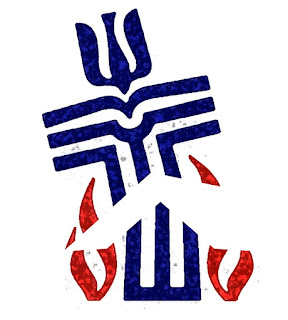 Today I attended a presbytery meeting. For many of you that statement is meaningless--except for the "meeting" part, of course, and maybe the vague idea that it sounds sort of boring and compulsory.

I used to think that both of those things were true regarding presbytery meetings, but lately I've been undergoing a change of heart.

For those who are wondering, the "presbytery" is one of the middle governing bodies of the Presbyterian Church (USA), of which I am a member and a minister of the Word and Sacrament.

There are a little more than 70 member churches in the presbytery of which I am a member, and we gather to meet four times a year.

Enough about that, though...  about this whole "change of heart" thing...

This is a truth that all Christians should affirm: the existence of denominations, the division of the Church, the separation of members of the Body of Christ from one another---these are actions that defy Jesus' prayer of unity for his followers that He prayed in John's gospel.

In a time when Christians seem to be defined less by their love and more by the way we fight and argue, I am beginning to understand more fully how important gatherings like this are--and why we need to find ways to be unified. If not for us, and our comfort, we should seek unity for the sake of the world.

Today we bid farewell to two of the largest churches in our denomination.  They are leaving for more "conservative" denominations in the wake of some sea change shifts regarding ordination in the Presbyterian Church (USA).

I was one of the many members of my presbytery to vote against these sea changes, and I continue to stand by my decision. But I do so with more humility and grace than I once felt.

You see, the easy thing to do when you disagree with someone is to turn them into an "other," and dehumanize them to the point where you can ignore what they have to say.

As I heard Rob Bell say not to long ago, when you turn someone else into a heretic, you don't have to deal "with your own doubts." Being right becomes the most important thing in those instances.

I'm tired of trying to determine whether or not I am "right." I desire instead to simply follow Jesus, and be transformed by his grace every single day.

Along with the finances, there was a division of some property items, documents and such.

It was seriously like reading the documents from a divorce.

There was a standing ovation. I think we all stood up because we didn't know what else to do.

And because deep down inside we really did wish one another well. But most of us, if we were being honest, also wished that things could have been different.

You see, despite our well wishes, I think we all know we were under a dark pall, of sorts--the kind of pall that reminds us that we are not yet what we ought to be, and we're not exactly getting there any time soon.

And I also think that we all somehow knew that the prayer Jesus prayed for the unity of his "little ones," is one we need to hear, and to pray and to keep hoping will be answered at last.